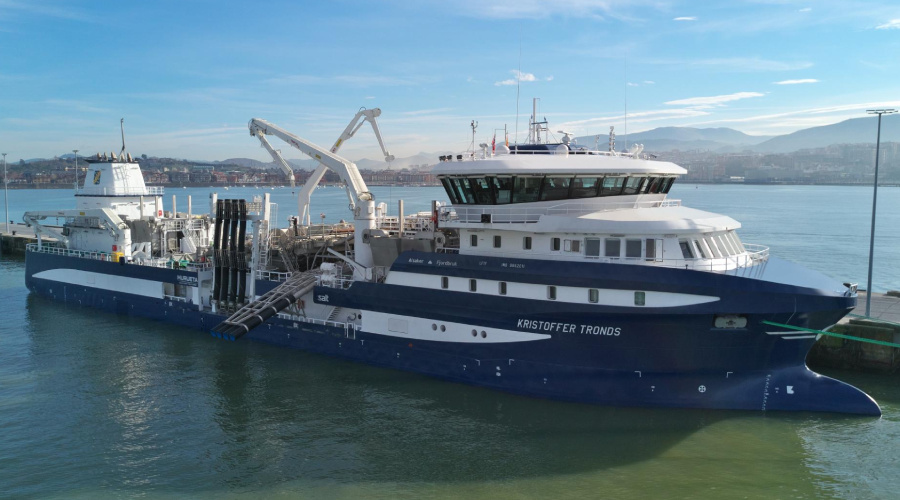 Kristoffer Tronds is named after a Danish-Norwegian naval officer who is also an ancestor of current company owner Gerhard Alsaker. The vessel was designed by local naval architects Salt Ship Design to comply with DNV class rules and built by Murueta Shipyards in Spain. The decision to have a hybrid diesel-electric propulsion system installed was in line with Alsaker’s aim of reducing emissions, particularly when sailing to and from the company’s fish farms in the fjords just off the vessel’s homeport of Haugesund on Norway’s North Sea coast.

Kristoffer Tronds has a length of 90.7 metres, a beam of 18.6 metres, a draught of 7.85 metres, a displacement of 5,900 tonnes, and a total live fish transport capacity of 5,000 cubic metres divided among four wells. The large capacity enables the vessel to transport its loaded salmon directly from Alsaker’s fish farms to various processing plants across northern Europe. 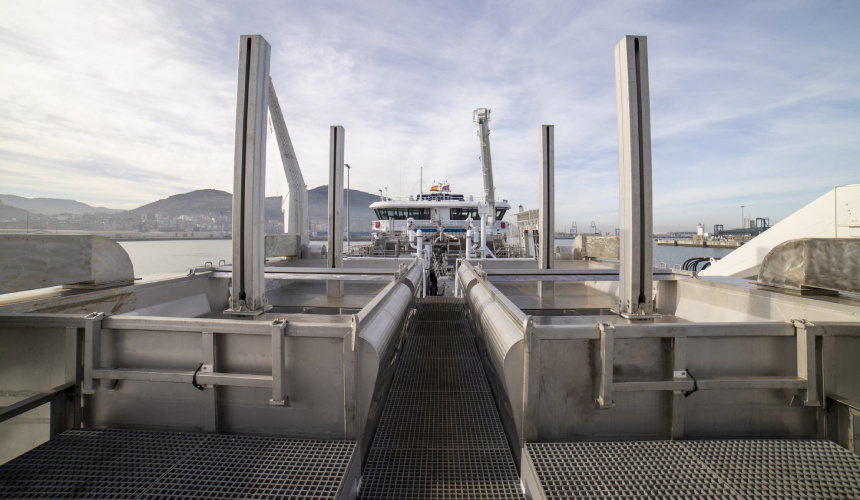 The new wellboat features a complete fish handling and treatment package supplied by MMC First Process. There are also pumps and delousing equipment from Optimar, a quartet of Triplex cranes, and an Ulmatec Pyro heating system. The vessel’s total loading and unloading capacity is rated at 800 tonnes of salmon per hour while delousing can be accomplished at a rate of 600 tonnes per hour.

The massive vessel is powered by five Yanmar 6EY22ALWS main diesel engines, each with a rated output of 1,370 kW at 900 rpm. The diesel engines also feature selective catalytic reduction (SCR) and heat recovery technology to ensure compliance to IMO Tier III NOx emissions regulations. As an alternative that will further reduce emissions, sufficient propulsive power can be provided by a pair of Norwegian Electric Systems (NES) NEM J500 LB6 electric motors that each produce 1,495 kW. 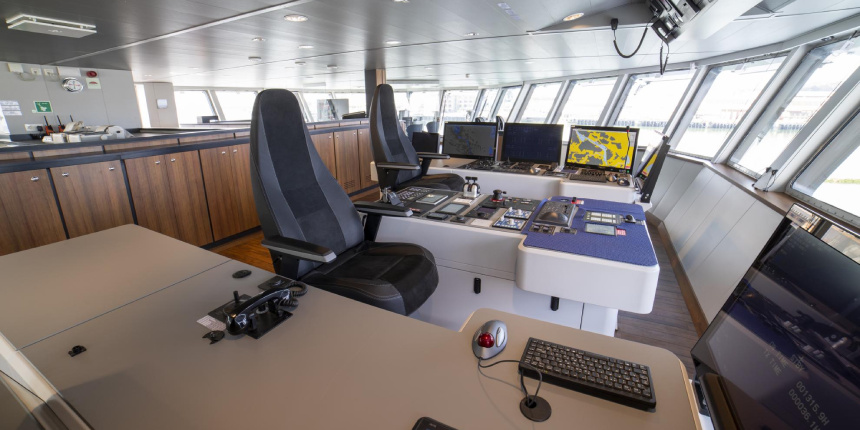 Either the diesel engines or the electric motors may be used to drive a 3,000mm controllable-pitch propeller via twin gearboxes, this latter setup having been provided by Finnøy. Recently completed sea trials have shown that this configuration can propel Kristoffer Tronds to a speed of 13 knots. For added manoeuvrability especially in close quarters, the vessel relies on a pair of Brunvoll FU63LTC1750 900kW tunnel thrusters.

Power for the electrical systems is drawn from five NES NEG 500LA8 1,300kW generator sets. A Volvo Penta D13MG 360kW unit is also available as a generator for use in an emergency or to be operated in conjunction with the onboard battery packs to shoulder hotel loads whenever the vessel is at berth. 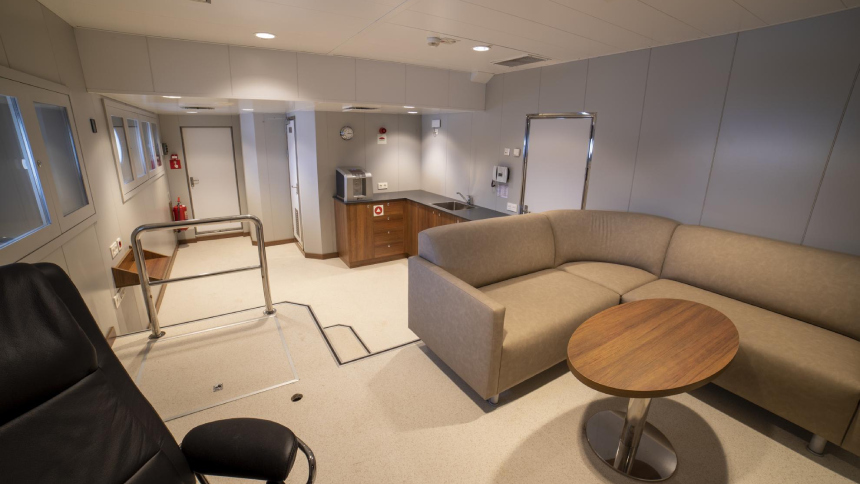 Accommodations are available for 22 crewmembers. These spaces include cabins, a laundry area, a gym, changing rooms, a lounge, and a mess with galley. Among the interior work spaces are offices, a conference room, and a veterinary laboratory equipped to help ensure the health of the loaded live salmon. All interior spaces were outfitted by Oliver Design while the hull and the other outer surfaces have Carboline paint.