Following Vladimir Putin’s statement of the necessity to establish regular transportation of fish products by the Northern Sea Route, Rosatom, the Federal Agency for Fisheries (Rosrybolovstvo), and a number of fishing companies have outlined the conditions under which a regular fish line would be efficient in the Arctic.

On May 20, 2020, at a meeting chaired by the Russian President, the Interim Governor of the Kamchatka Territory said that potential fish transportation along the Northern Sea Route was estimated at 250,000-300,000 tonnes per year. At the first phase, in the summer-autumn fishing season of Pacific salmon, it can be as much as 50,000-60,000 tonnes per year.

In 2019, the fishery industry of the Kamchatka Territory produced 1.2 million of product with almost 900,000 tonnes of domestic consumption. It is central Russia that accounts for the bulk of consumption which is a prerequisite for the above-mentioned project.

Vyacheslav Ruksha, Deputy Director of Rosatom – Director of Rosatom’s Northern Sea Route Directorate, said that the ice-breaking LASH/container carrier Sevmorput will be able to make one voyage on the Murmansk – Petropavlovsk-Kamchatsky – Murmansk route in 2020 taking into account the operations planned earlier. 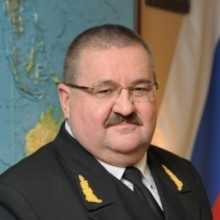 According to preliminary schedule the nuclear-powered ship will leave Murmansk on August 15, 2020 and will reach Petropavlovsk-Kamchatsky on August 30. The ship will return to Murmansk on September 13 with unloading of fish product expected to last till September 15 and is to carry 204 FEU and 153 TEU containers.

It should be noted that Rosatom is ready to consider a decrease of profitability in 2020 up to one per cent of daily voyage cost.

According to earlier statements of Mr Ruksha, “the key issues are the return load of the container carrier, availability of port infrastructure for handling reefer containers and frequency of voyages.”

For a regular line (several voyages in the summer-autumn season), Mr Ruksha says it is necessary to ensure a return load or a compensation of income lost by a ship owner in case of underloading, as well as involvement of a single cargo consolidator. Such a consolidator could plan the loading of ships operating on the line, accumulate shiploads, and provide additional services to cargo owners.

Rosatom has already succeeded in arranging fish transportation by the Arctic route. Between August 20 and September 15, 2019, Sevmorput made a voyage from the terminal of Vostochnaya Stevedoring Company in Vostochny Port to the Seroglazka terminal in Petropavlovsk-Kamchatsky and further to Petrolesport terminal in Big Port St. Petersburg. The ship transported more than 5,000 tonnes of fish products in 204 FEU reefer containers as well as 66 containers with other cargoes.

Prior to this voyage, the Russian Government signed a special decree to include Vostochny and Nakhodka into the list of seaports allowed for calls of ships that operate on nuclear power.

Speaking at the meeting on May 20, Rosatom CEO Aleksey Likhachev said that Sevmorput would be able to make up to four voyages of that kind per year. 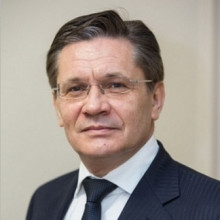 Maxim Kulinko, Head of Rosatom’s Department for Development of the Northern Sea Route and Coastal Territories, in his turn, said that arrangement of regular fish shipping along the Northern Sea Route requires “addressing the issue of loading ships with various containerised cargo for a return voyage from the European part of the Russian Federation to the Far East since the line is economically inefficient without a return cargo flow.” 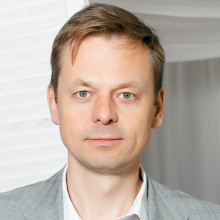 Mr Kulinko is currently analysing possible types of cargo. All the regions interested in shipping by the Northern Sea Route have presented their potential return load cargoes.

According to Mr Kulinko, there is a task to set this line “rolling.”

“We see that the fishing companies’ economy is different from that of shipping companies. And they cannot be correlated. We believe that a cost-effective model can be developed within the coming years to ensure profit for all the stakeholders,” adds Mr Kulinko.

Among the urgent problems is the tariff for icebreaker assistance in the Northern Sea Route waters. The Russian Government has given instructions to look into reduction of tariffs for transportation of fish products.

FSUE Atomflot (a 100 per cent subsidiary of Rosatom) has expressed readiness to consider flexible tariff policy depending on seasonal conditions, number, and capacity of vessels if the number of applications for shipping grows to 100,000 tonnes per year.

Rosatom acknowledged it reasonable to apply a 0.5 coefficient in the summer-autumn period, as in the case with assistance to research ships.

“This tariff-setting mechanism should be well balanced with a preliminary defined source for compensation of income lost by Atomflot”, Mr Kulinko said.

It should be noted that Sevmorput was not assisted by any icebreakers when carrying fish in 2019 due to its high ice class (Arc5) and technical characteristics. Nevertheless, frozen fish can be alternatively carried along the Northern Sea Route by the Progress, Symphony and Harmony reefers with DWT of 3,642, 3,750, and 3,642 tonnes, respectively. From 2015, those ships have made five voyages of that kind.

Prearranged ship traffic allowing for planning of cargo transportation in both directions would contribute to reduction of total shipping costs.

Apart from the issue of return load and icebreaker assistance, availability of stevedoring and storage facilities is crucial. As pointed out by Rosrybolovstvo, the issue is essential for both sea terminals and hinterland facilities in central Russia.

Further, the project on transportation of fish products by the Northern Sea Route foresees the involvement of the Seroglazka terminal in Petropavlovsk-Kamchatsky. The terminal with a total area of 88,000 square metres has a freezing capacity of 2,000 tonnes (with a facility for 7,000 tonnes under construction) and a refrigerating yard for 400 containers. Sevmorput can be accommodated at the terminal’s 1,500-metre long berth which has a depth of up to 10 metres.