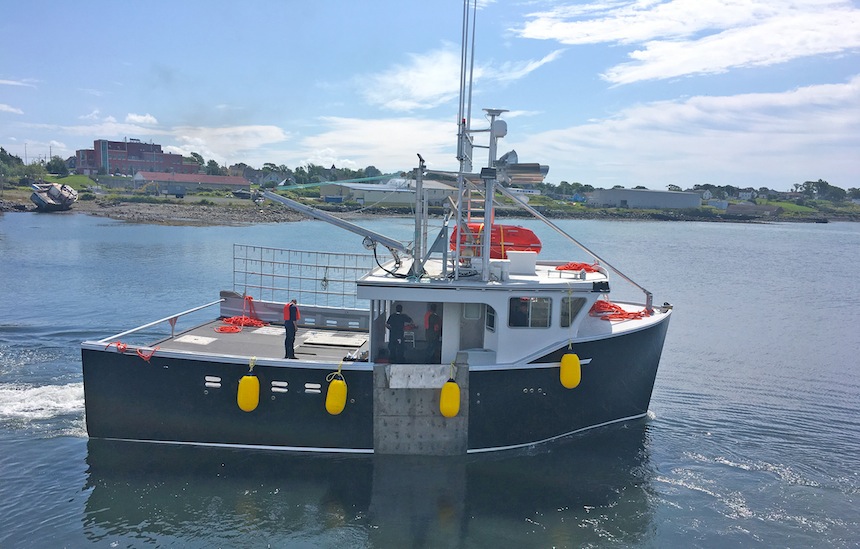 When Steve Corkum Sr. of Yarmouth Sea Products couldn’t find a yard prepared to build 15 lobster boats in a single order, he started his own shipyard. Bayview Marine recently launched the first in the 15-boat series and is well pleased with the initial performance.

Designed for speeds of ten knots, these are big, beamy boats built for capacity more than speed. They have space for up to six crewmembers, 400 lobster or crab traps and tankage for 4,400 litres of fuel. They are fitted with a Davco 3,000-pound deck crane with lobster trap hauler.

The 44.3- (13.5-metre) by 30-foot (9.1-metre) hull is designed for maximum working space and stowage for lobster or crab traps. The first of the series of fibreglass vessels, for Steve’s son Steve Corkum Jr’s Ocean Ridge Fisheries, performed well on trials.

Ocean Ridge Fisheries required the vessel for lobster and crabbing, and was looking for something that would benefit both the company and the safety of the crew.

Ocean Swell X is able to stay out at sea for longer periods of time, which the company hopes will increase catches. Ocean Ridge also plans on saving on fuel due to the fact there will not be as many trips made in to town and out to the grounds. 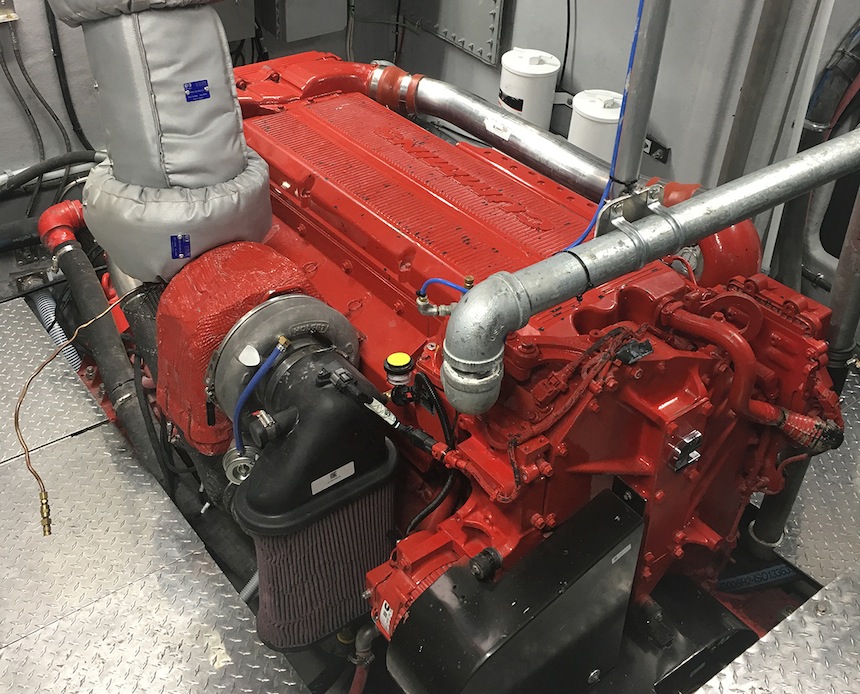 Propulsion power is provided by a six-cylinder Cummins X15 diesel rated for 500 hp (375 kW) at 1,800 rpm. The Yarmouth Sea Products boats are the first commercial fishing application of this engine in Canada.

These boats also have an upgraded Sea-Pro filter system to allow extended fuel service maintenance, as well as a first-of-its-kind fleet telematics filtration monitoring system from Cummins Filtration that allows the owner, captain and Cummins to monitor all the filters on the engine at all times via satellite link-up to phone apps.

Ocean Swell X also comes with a fully automated live well and bilge system which has the capability to be run by touch screen, with all the equipment being failsafe to ensure there is no lost time in the event of an emergency.

This automation system also gives local and visual alarms when motors are on or off, when valves are opened or closed, or when there are high water levels in compartments that there shouldn’t be. It also gives the crew information on how long the motors and valves have been on/off or opened/closed. The system was designed for future expansion encompassing flow meters and temperature and pressure gauges to ensure the catch will be of top quality.

A new crew needed to be trained and brought up to speed on how Bayview wanted the build constructed for the owner. With the level of automation on the vessel being new to Canada’s Atlantic provinces, the approval process with Transport Canada also took longer than usual. 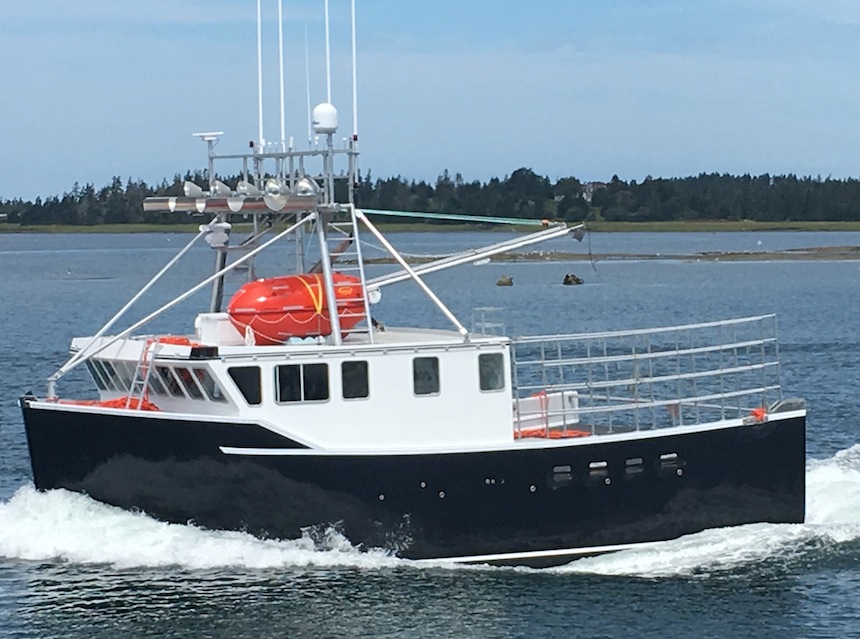 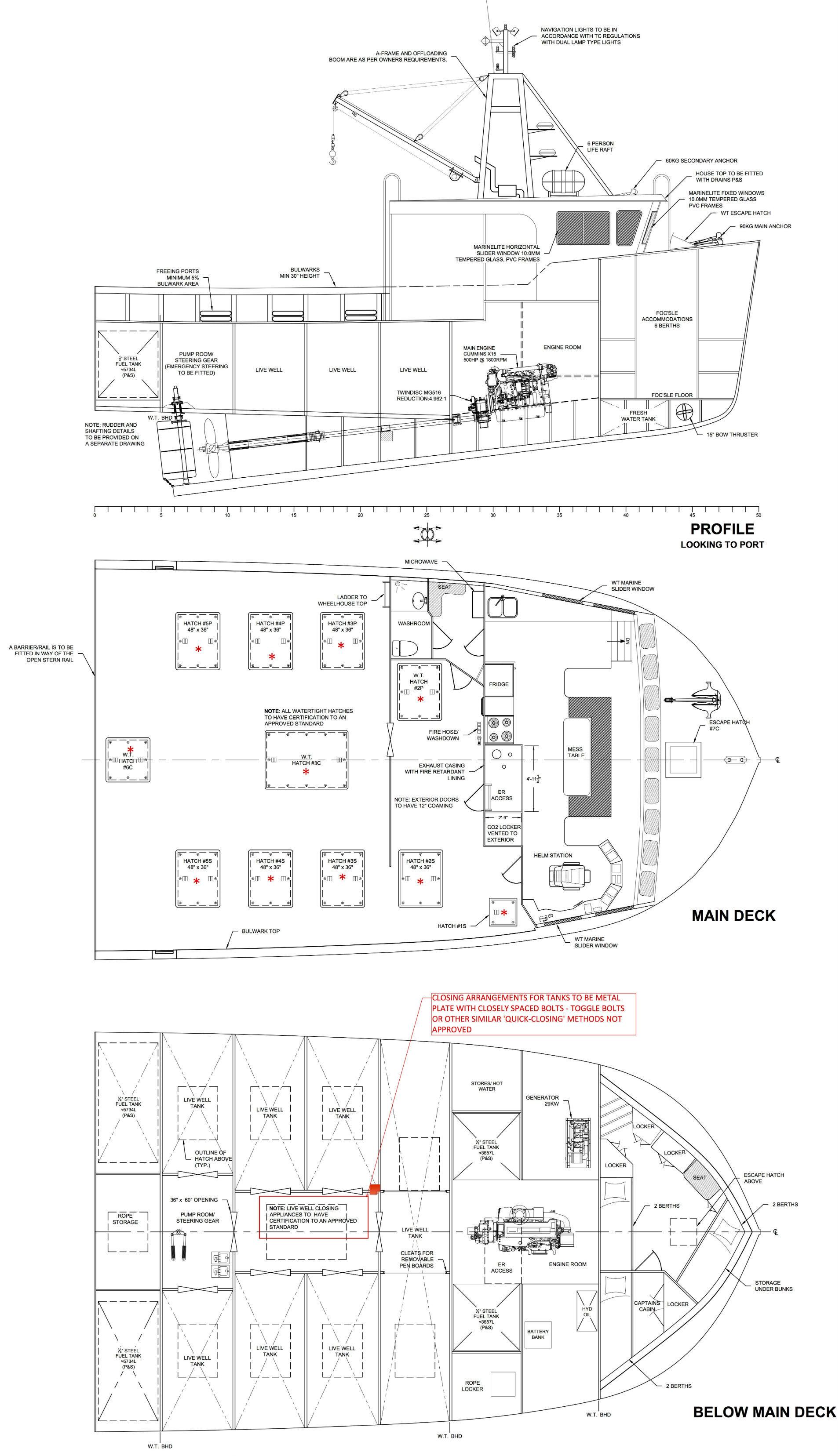