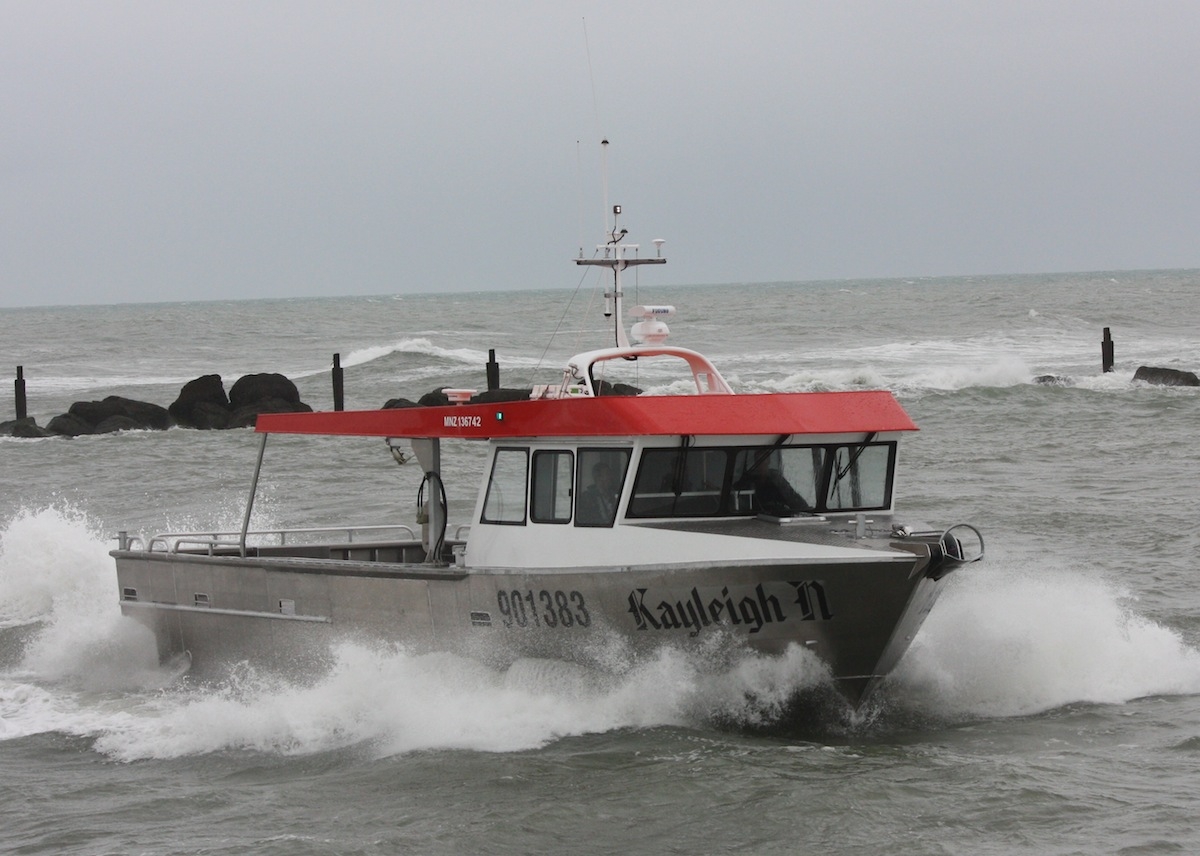 Paul, a lobster fisherman from Kaikoura, New Zealand, had his last two vessels constructed by NZ builder Q-West. Mystique was constructed in 1997 and Mystique II in 2012.

While Paul was happy with Mystique II, he saw room for improvement in working conditions and the need for more space, hence the new vessel. The new vessel Kayleigh N is essentially the same boat as Mystique II, but is both wider and longer, with basic fine-tuning of some of the equipment and the layout. 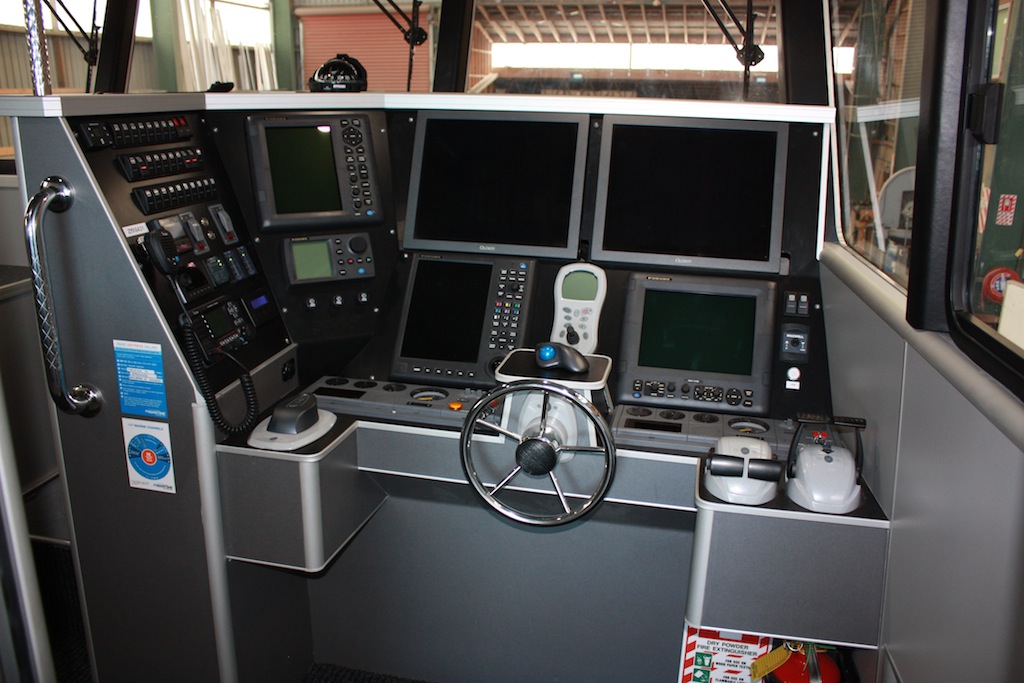 The design brief remained the same – a vessel with maximum working deck area, and that can at cruise over 30 knots with a day’s catch on board. Kayleigh N will predominantly be used for lobster fishing, but also lining and trolling from time to time. The vessel design was approved for fishing or carrying passengers within the 12 nautical mile range offshore

According to designer Teknicraft, the most challenging aspect of the brief was ensuring that the fishing arrangements and deck layout perfectly suited the operation, so that hauling pots and processing the fish could be done in the most effective way. 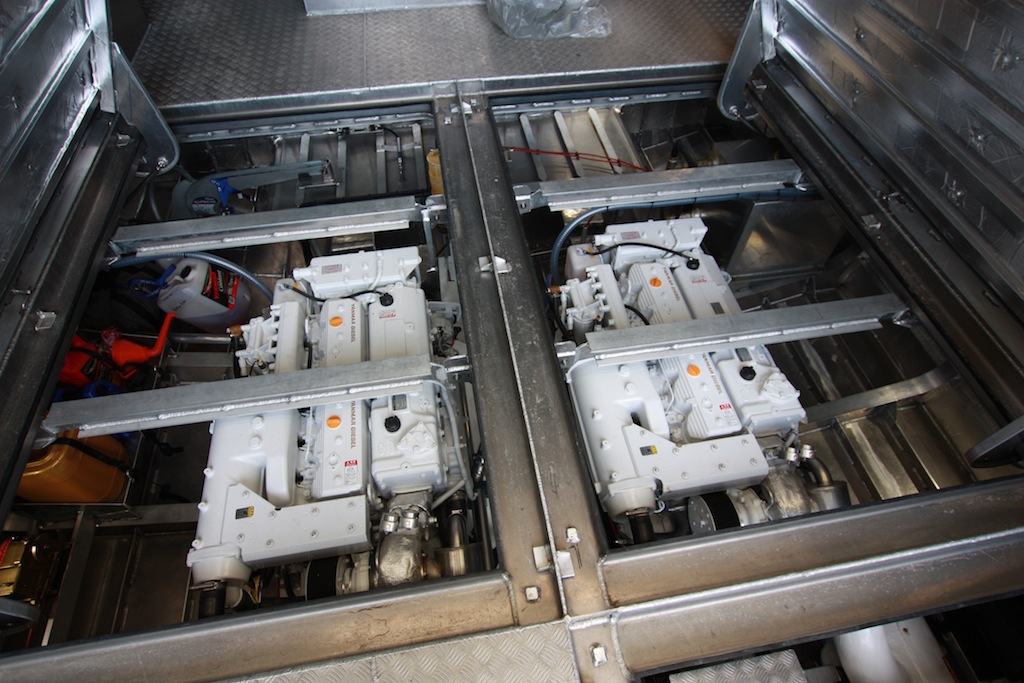 Kayleigh N has a central mounted lobster holding tank, and the pot hauler is fitted with a hydraulically operated slew mechanism to speed up the hauling process. The vessel has capacity for 30 plastic fish bins, and the wasp system was built recessed into the keel.

The new vessel is powered by Yanmar 6CVBM-CT engines, and propelled by Hamilton HJ322 waterjets, for a top speed of 35 knots. A waterjet system was considered crucial to the operation, which involves floating buoys and lines. Both the engines and the jet system are the same as in the previous vessel, so the client knew that both worked well. 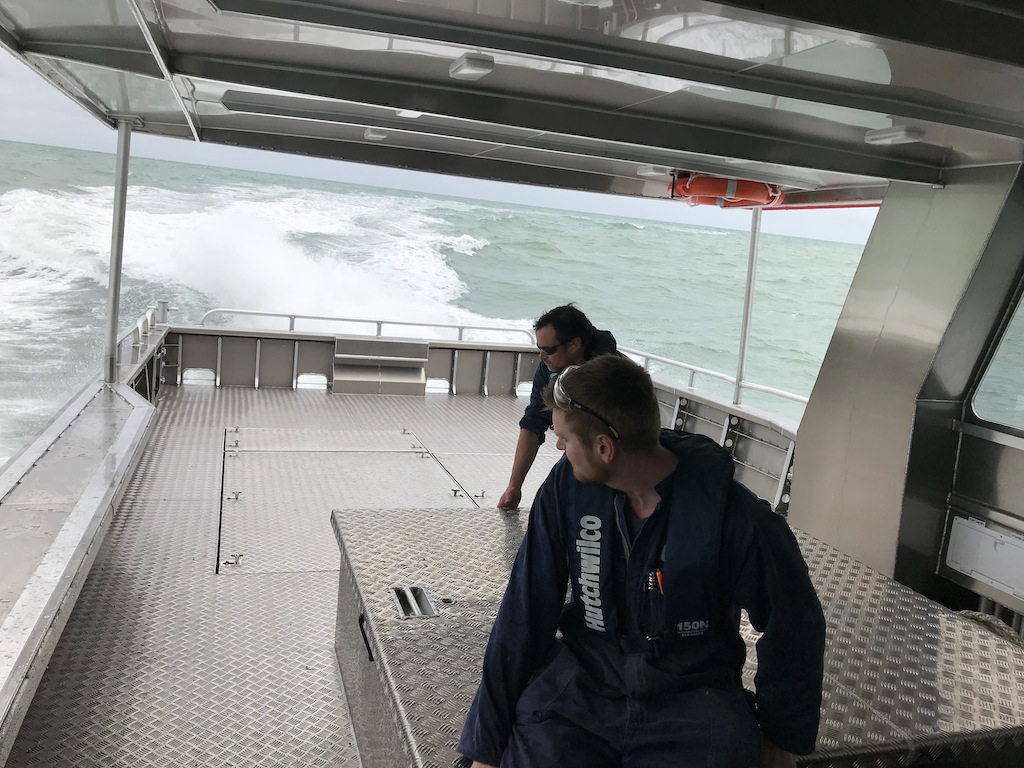 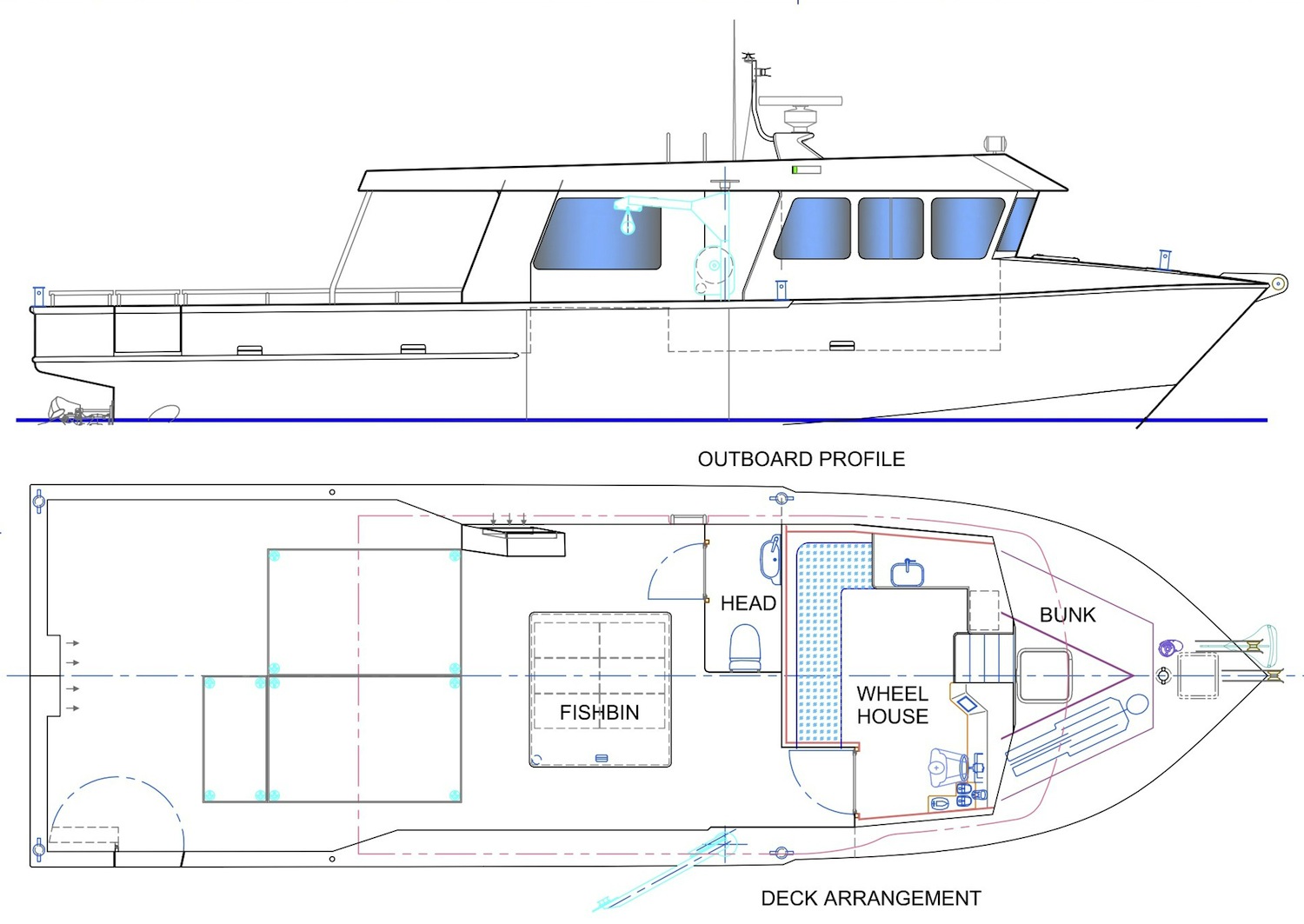