Plying the waters of County Mayo in Ireland is a new crab boat custom-built by Ha Long Shipyard in Vietnam for Jonathan O’Donnell, local fisherman and owner of seafood company West Coast Crab Sales. Named Aodh Na Mara, the steel-hulled vessel is one in a series of two that were designed by Macduff Ship Design and built by Ha Long in cooperation with Shipbuilding Asia (SBA) and in accordance to Bureau Veritas, MCA, and UK Sea Fish Industry Authority rules.

The 14.95- by 6.1-metre newbuild houses a crew of six and is powered by one Baudouin 6W126M four-stroke, IMO Tier II-compliant main engine with an output of 294 kW at 1,800 rpm. The engine is connected to a Twin Disc gearbox that drives a four-bladed fixed-pitch propeller of approximately 1,500 millimetres in diameter. A bow thruster has also been fitted.

Secondary controls for the steering and the engine are also available at the hauling position on deck via mechanical and hydraulic connections, thus enhancing operational flexibility when positioning the vessel in preparation for hauling crab pots. Further, the controls at the hauling position also feature an emergency stop function and are protected by cages. These will help prevent the occurrence of mishaps that would otherwise be caused by the controls being accidentally engaged, like when the crew is hauling crab pots onto the deck and one hand or elbow inadvertently pushes a nearby lever.

Although a small vessel, Aodh Na Mara is fully equipped for its intended role. Its deck machinery includes one SeaQuest hydraulic knuckle-boom deck crane with seven-tonne lifting capacity and a Spencer Carter hydraulic crab pot hauler capable of two tonnes pull and that may also be controlled via joystick from the wheelhouse. Storage for catch is available in the form of two 17-tonne vivier tanks and a dry onboard hold. 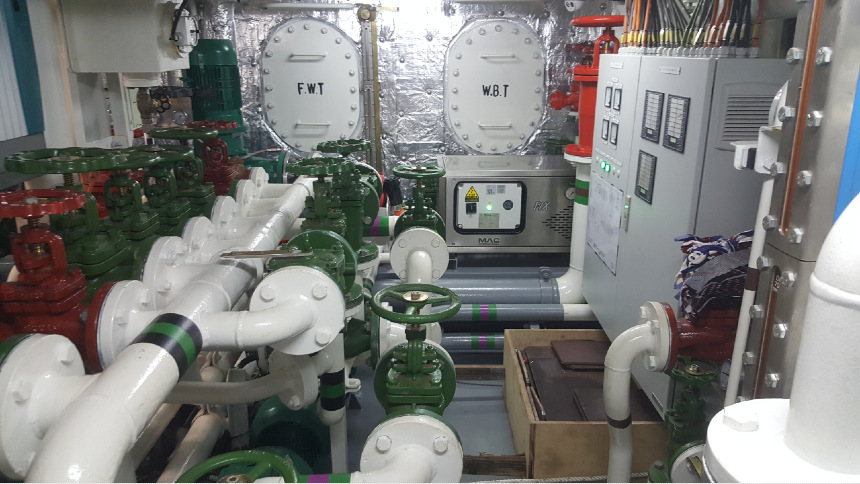 The trawler also boasts an impressive electronics suite. Furuno has supplied two radars: a FAR1513 X-band radar that could highlight potential hazards in the water and an M1835 4kW radar that will aid in safe navigation during periods of inclement weather.

Furuno has also provided the vessel’s GPS, satellite compass, and a dual frequency fish finder that provides clear LCD images even under direct sunlight. Chart plotters were supplied by Sodena and Lorenz Magnum while a Simrad A2004 autopilot comes equipped with an alarm and an angle indicator.

Rounding out the electronics are a Jotron Tron 60S EPIRB, a class B AIS transponder, a Sailor 6210 VHF radio, a satellite TV, and five CCTV cameras through which an operator in the wheelhouse can view other areas in and around the vessel.

Aodh Na Mara has already begun operating for West Coast Crab Sales alongside near identical sister Michelle Na Mara. The boats’ area of operations is just off the western coast of Ireland, where the company catches crab and lobster slated not only for the local market but for international customers as well. 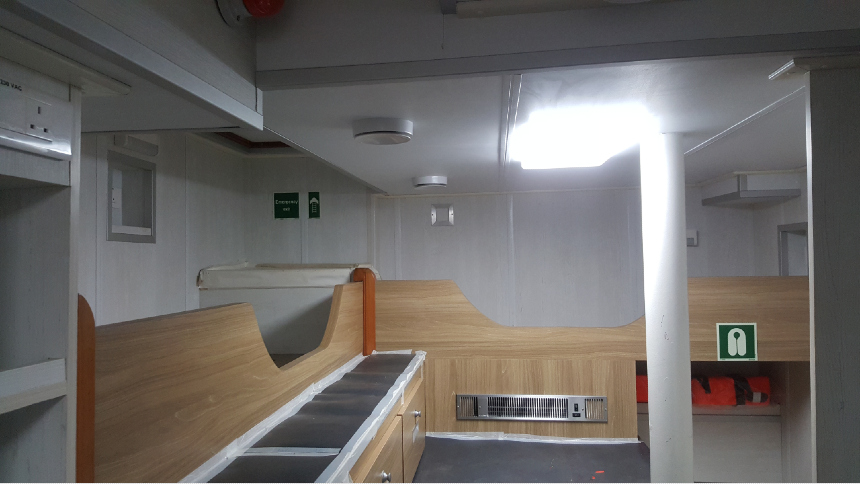