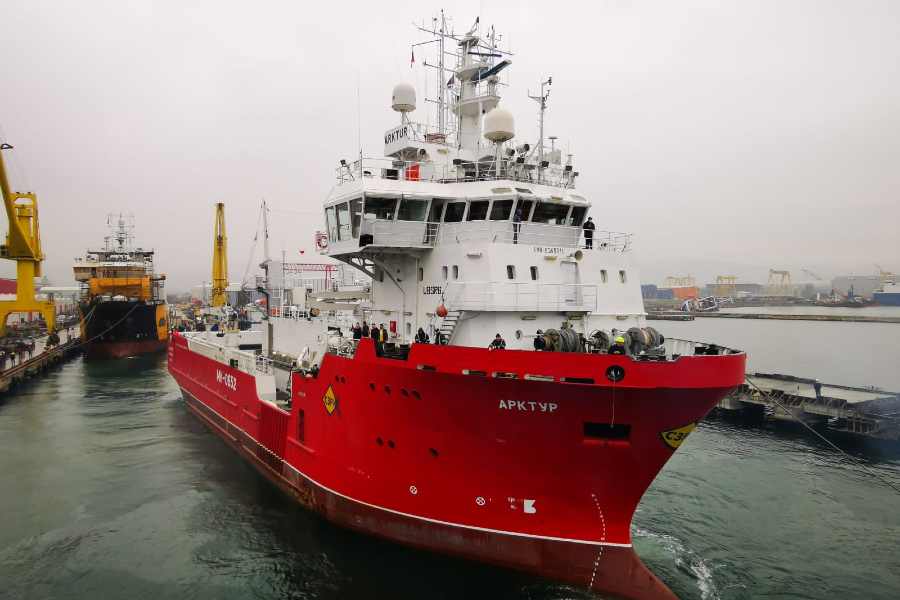 Turkish companies Epic Denizcilik and Ozata Shipyard recently handed over a crab catching vessel to Northwest Fishing Company, an operator under Russia’s North West Fishing Consortium, to replace some of the older vessels in its fleet.

The all-steel vessel is unique in that it was originally built as a platform supply vessel (PSV) for use in the offshore industry but has been converted to serve this entirely new but equally important role in the waters off Northern Russia, a vast area that also includes the Barents and Norwegian Seas.

Design work on the vessel, which has been named Arktur, was provided by Russian naval architects Marine Engineering Bureau (MEB).

“The owner wanted a crab catching vessel that also had processing capability and a freezer hold that can house a total volume of 1,750 cubic metres,” MEB told Baird Maritime. “The vessel also had to remain compliant to both IACS and Russian Maritime Register of Shipping (KM) rules and also had to retain the same overall dimensions.” 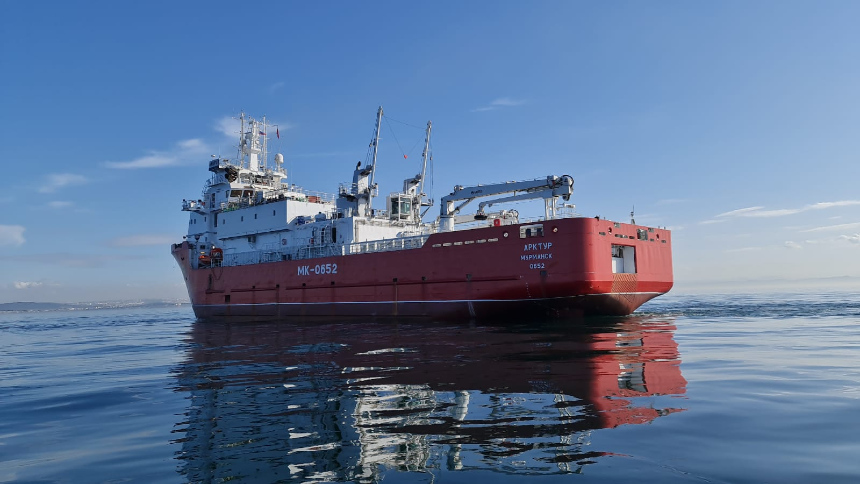 MEB added that the positioning of the fishing equipment and the factory equipment was done in such a way that it will simplify and streamline the catching and processing of crab. Modifications were also made to the vessel’s existing wheelhouse to provide a better view from the starboard side and thus allow greater control over catching activities.

Besides the freezer hold, the vessel has a separate hold for storing bait and another area for storing boxes and salt. A space for lines coiling is arranged at the factory deck along the inside of the bulwark with the rail and trolley with block, synchronised with the main power block.

The owner intends for frozen products to be kept in the vessel’s massive hold for subsequent ship-to-ship (STS) transfers to dedicated refrigerated transport vessels, which will then bring the products to shore. The two side-mounted derrick cargo booms on Arktur, each with a carrying capacity of just under one tonne, are designed to facilitate STS transfers of frozen products even under sea state five. 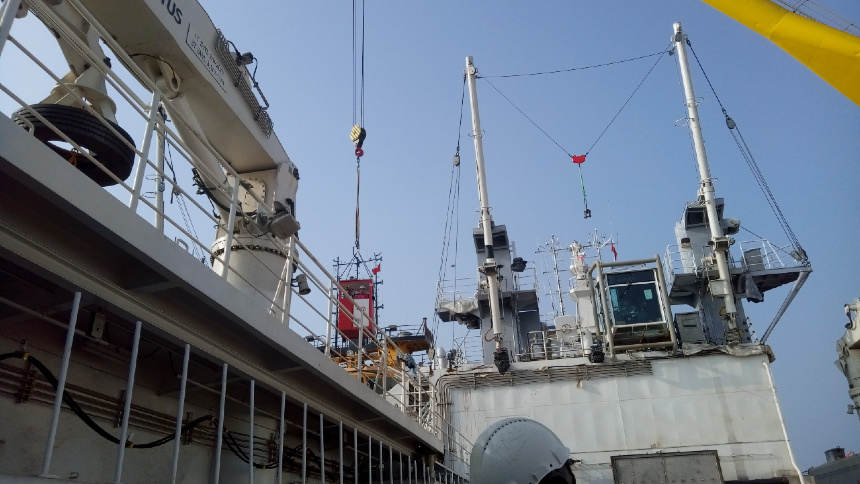 Other deck equipment include three deck cranes used for handling crab traps, unloading frozen product, and loading of bait while in port. Two of the cranes are electro-hydraulically operated and can each lift one tonne out to a maximum reach of 20 metres or three tonnes out to a maximum reach of 10 metres. The third crane can lift three tonnes out to 12 metres. All three cranes may be operated from the deck or from a remote station near the wheelhouse. 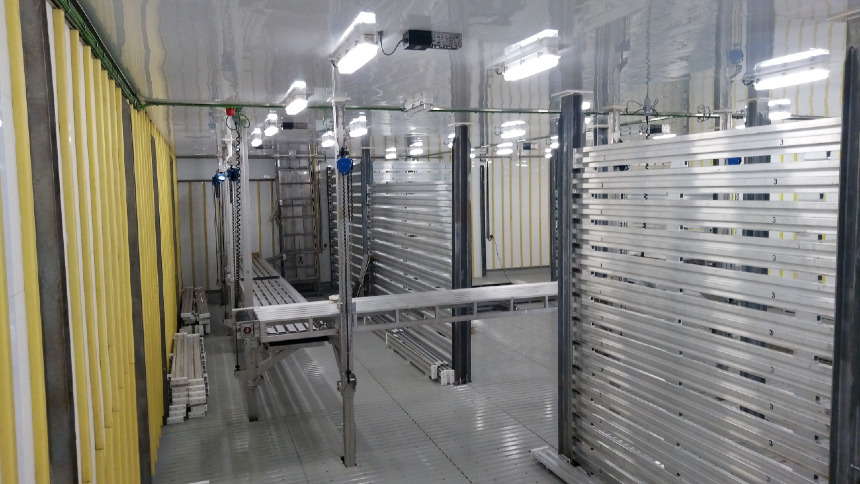 “We also decided on the installation of a trap receiving table specifically for snow crab,” added MEB. “The table is designed in such a way that it can prevent the catch from accidentally being dropped onto the deck as it is being transported from the traps to a lift that will then bring the crabs to the sorting tables. For King crab, we added a dedicated lift with a basket.”

To accommodate the additional factory personnel and crew, the cabins were expanded to house a total of 40 berths while amenities such as a saloon and a medical bay were incorporated as well. MEB has assured that all necessary medical, sanitary, and hygienic facilities are in accordance with the requirements of local sanitary rules for fishing vessels. 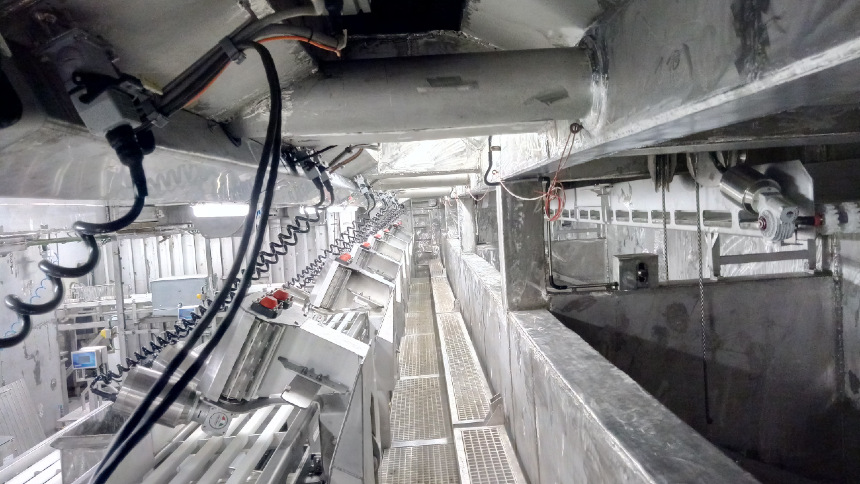 Arktur is powered by two MaK 8M25 main diesel engines that each produce 2,400 kW at 750 rpm. The engines drive two nozzle-mounted, controllable-pitch propellers to deliver a maximum speed of 14 knots. Maintaining a cruising speed of 12 knots will give the vessel a maximum unrefueled range of 6,000 nautical miles, making it suitable for extended fishing trips in Russia’s northern waters.

Remarkably, the main engines, the gearboxes, and the propellers are the exact same ones that the vessel had installed when it was still being operated in the platform supply role.

MEB said that, as with any vessel conversion project, the work that went into Arktur required full interaction among all parties involved including the customer, designer, the shipyard, equipment suppliers, and even the appropriate classification societies. The designer has claimed that it is this cooperation that played a crucial role in overcoming some of the challenges that came with repurposing an existing vessel for an entirely new role that is considerably different from its original one.

“One main problem we faced was determining the safest way to remove the vessel’s 14 original mud tanks,” MEB told Baird Maritime. “These were all located amidships and yet had ended up occupying half of the total available space below the bulkhead deck. We agreed that the ideal solution was to remove them through a large cutout on the upper deck.

“We also had to constantly check for stability since we expected a change in the centre of gravity following the removal of the mud tanks below decks and the installation of the factory equipment on top. We managed to overcome this challenge by regularly calculating for the stability parameters, right up to just before the vessel was handed over to its new owners.”

MEB said that it also used the conversion work on Arktur as an opportunity to learn new insights on vessel refits, particularly those of crab fishing vessels that are also equipped for onboard processing. 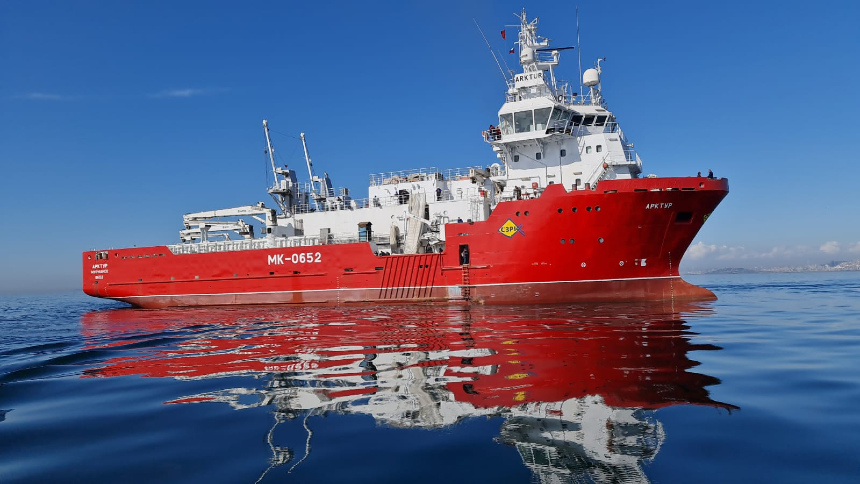 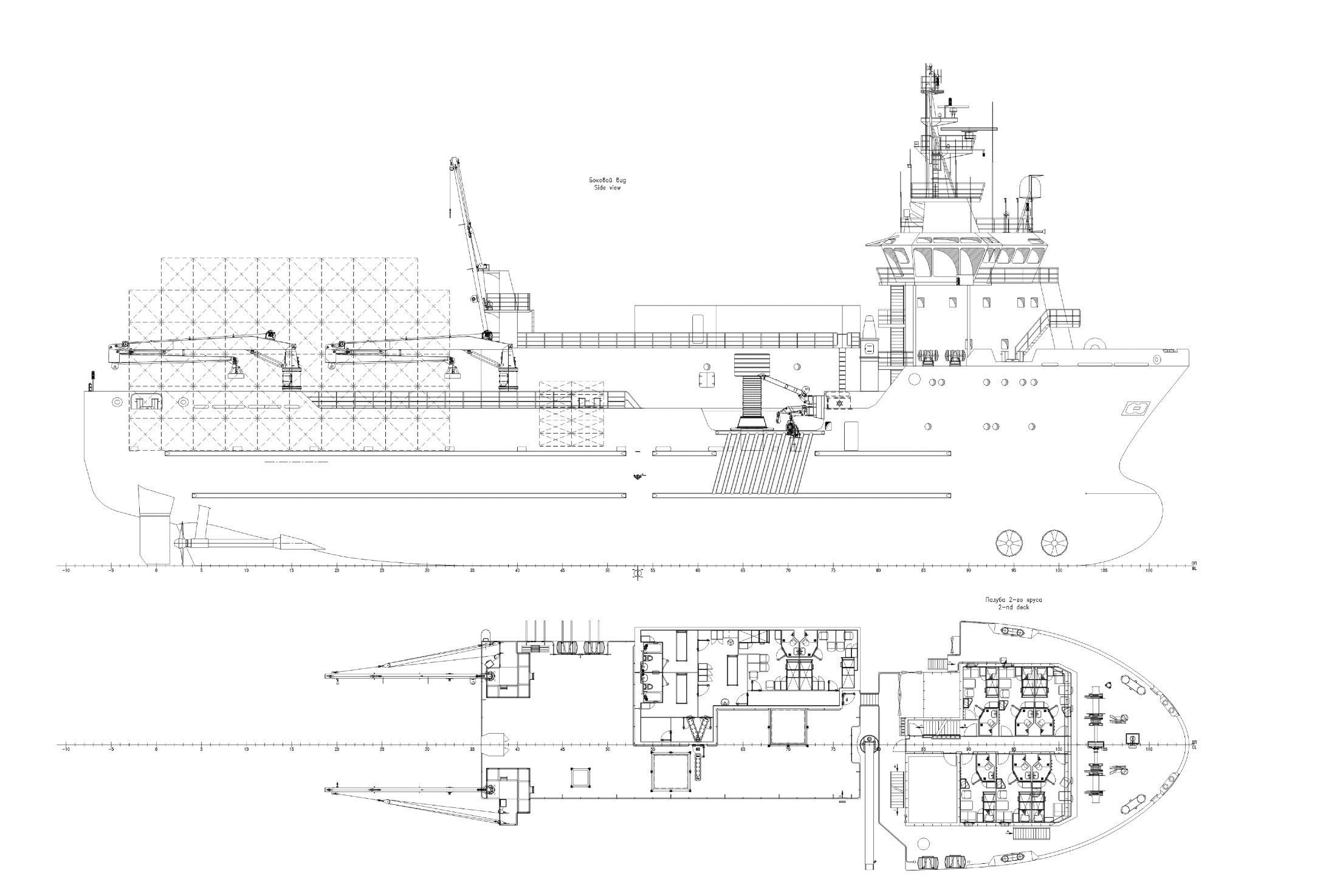