Written by Baird Maritime on June 2, 2019. Posted in Potting World. 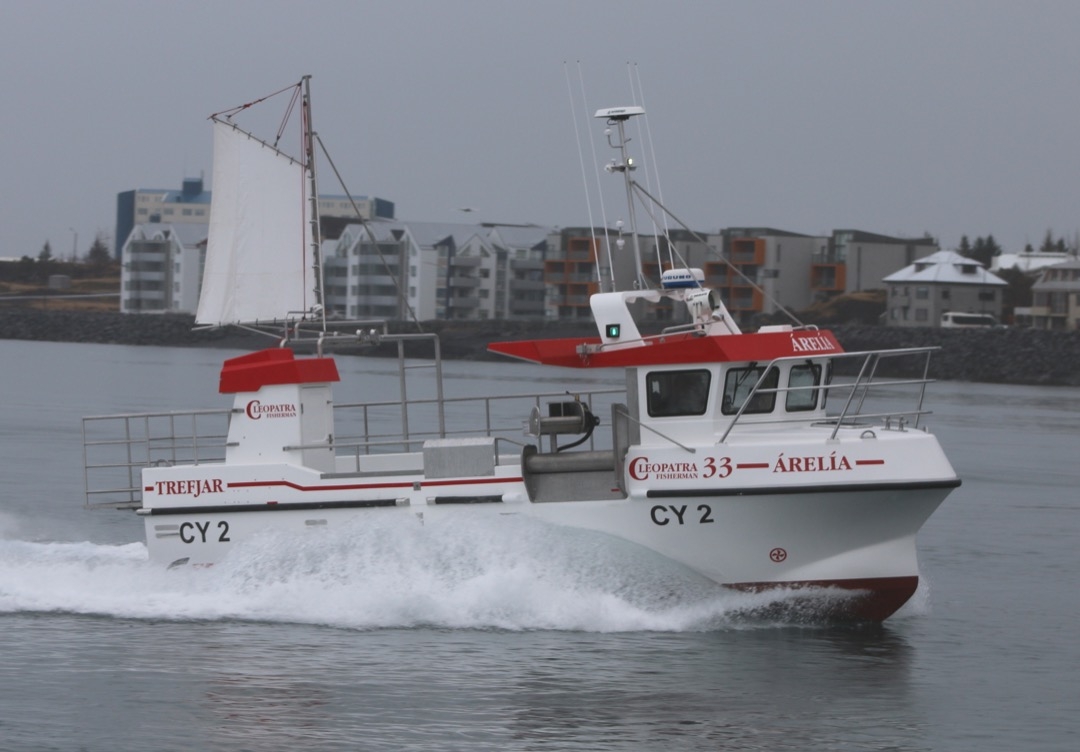 Iceland’s Trefjar has delivered a new crab boat to the father-and-son fisherman team of Jonathan and Oran Boyd of Barra, Scotland.

Named Árelía, the 10-metre crab boat is a near identical sister to Aurora-B, an older vessel that has been with the owners’ fleet since 2004.

Árelía is fitted with an FPT C90 main engine and is designed primarily to catch prawns and brown crab.