Written by Baird Maritime on March 4, 2018. Posted in Potting World. 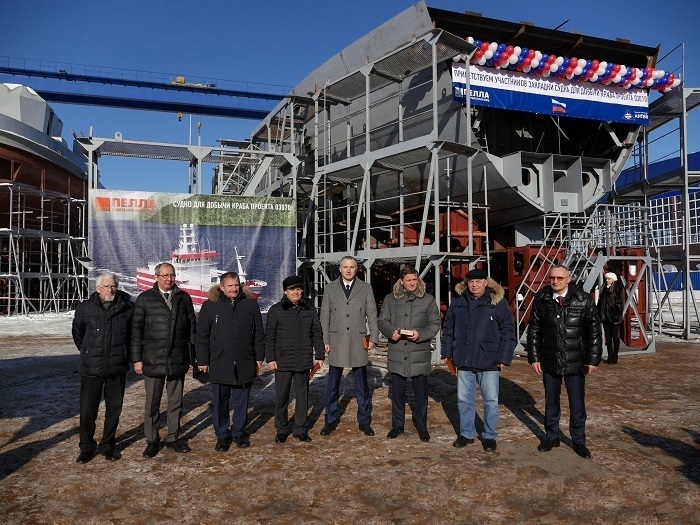 The 585DWT vessels have a 450-cubic-metre catch capacity and bait store capacity of 30 cubic metres.

Being built for Antey, the contract was signed before the ceremony at the Leningrad shipyard.

Pella has confirmed it intends to construct a series of fishing ships at Primorye in Russia’s far east.