Written by Baird Maritime on November 8, 2018. Posted in Longlining World. 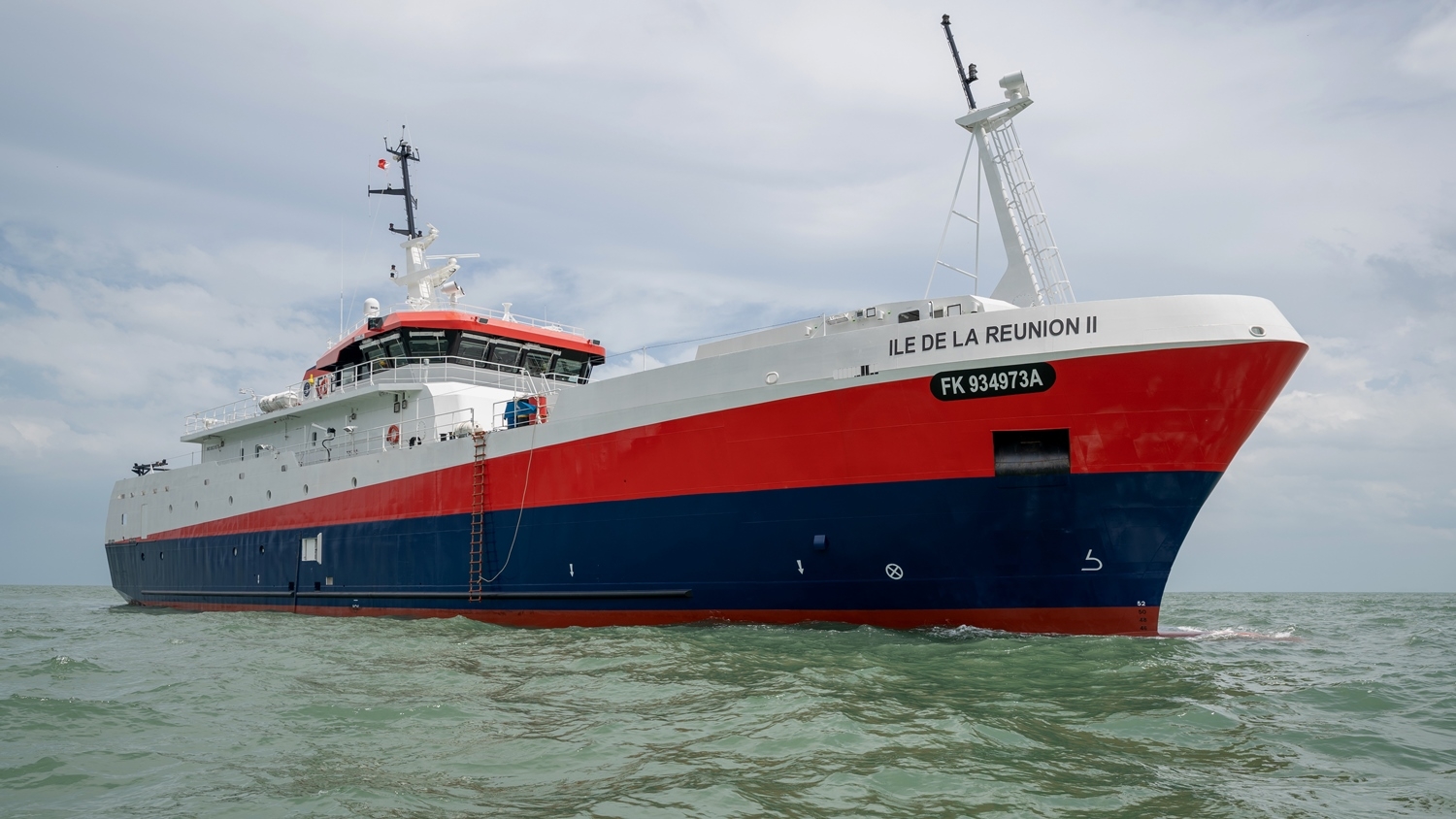 Piriou has just delivered to Comata the newbuild longliner Ile de la Reunion II, which is dedicated to toothfish fishing in the French southern seas.

Designed to be operated in first category tropical zones, mainly in the Indian Ocean, as well as in the subpolar region up to a latitude under 60°S, Ile de la Reunion II is Ice 1C classified.

The longline is also equipped with a treatment plant for fishing waste wherein waste is ground and stored in two dedicated tanks of 95 cubic metres total capacity.