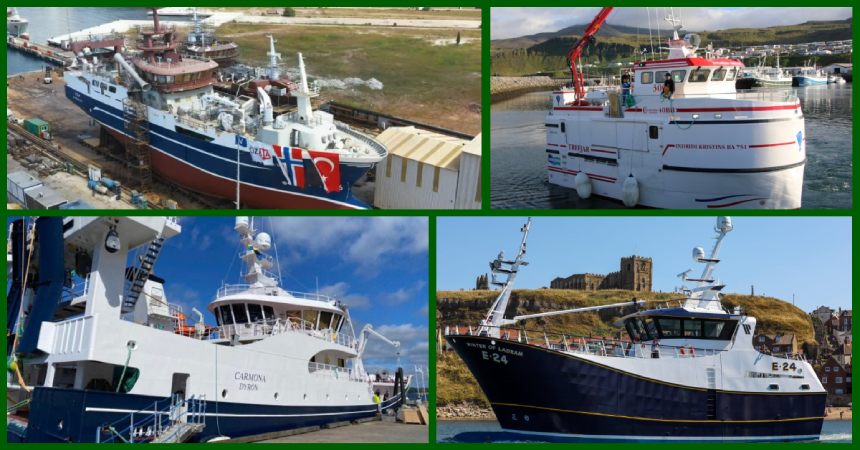 Newly delivered fishing boats are in operation in Iceland, Sweden, and the UK while a Turkish builder floats out a large seiner/trawler ordered by a customer in Norway.

The new boat measures 12.5 by 6.5 metres and is powered by a Doosan 4V158TI engine connected to a ZF gearbox. Two generators supply electrical power.

The boat also has Mustad autolining gear and a fish hold with capacity for 54 boxes of 460 litres each.

The crew of eight are housed in four cabins. Other accommodation spaces include a large mess with galley, a toilet with shower, and a laundry room.

Winter of Ladram was built by Parkol Marine Engineering of Whitby. The newbuild has an LOA of 21.4 metres, a beam of 7.7 metres, and accommodations for ten crewmembers though the vessel can be operated by eight personnel including the captain.

Winter of Ladram will be operated mainly in the Irish Sea, where it will be used to catch crabs and lobsters.

The trawler has already begun fishing for herring in home waters.

Built to a design by Norwegian naval architecture firm Sawicon, Vea will measure 67.6 by 14.5 metres and will be fitted with RSW tanks with a total capacity of 1,700 cubic metres.

The vessel will have Karmoy fishing equipment and a production and monitoring system from MMC.