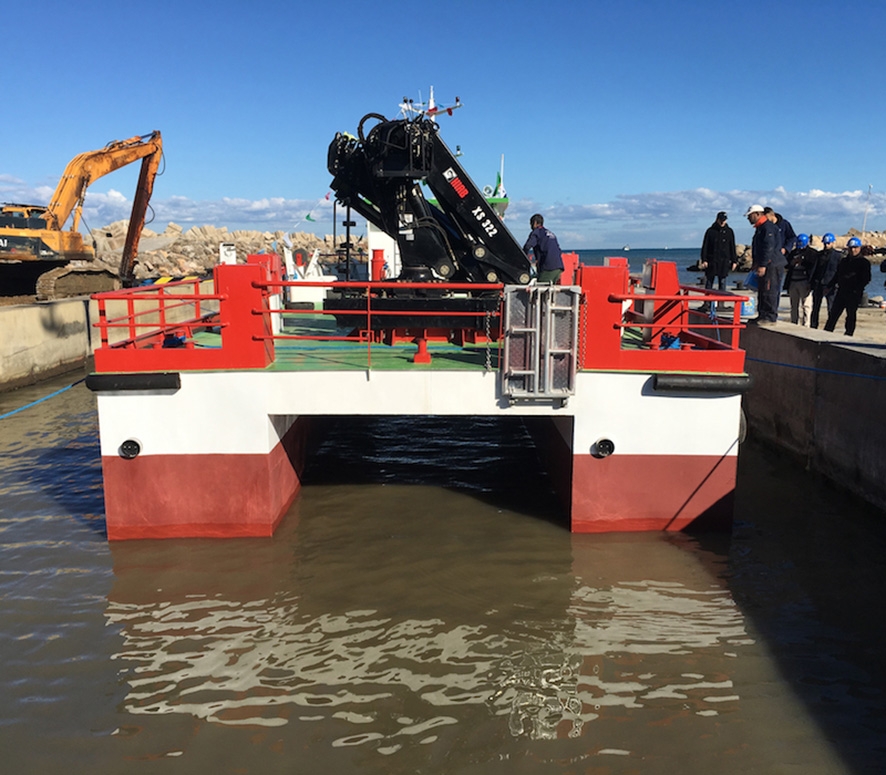 The first aluminium catamaran built by the ECOREP-Piriou venture in Algeria was launched earlier this month.

Designed by Coprexma, the 17-metre by 6.2-metre Enterprise for Construction and Repair of Fishing Boats (ECOREP) vessel is fitted with a pair of 208kW engines and a 1.30-metre/15-tonne deck crane for serving fish farm installations.

To be used at the Eurl Zizou fish farm at Chlef, the multihull vessel has a deck area of 75 square metres and can carry up to 25 tonnes of fish in tanks. It is run by a crew of six.

Based at Bouharoun-Wilaya de Tipaza, about 40 kilometres west of Algiers, the ECOREP-Piriou joint venture constructs steel, aluminium and composite vessels up to 550 tonnes.