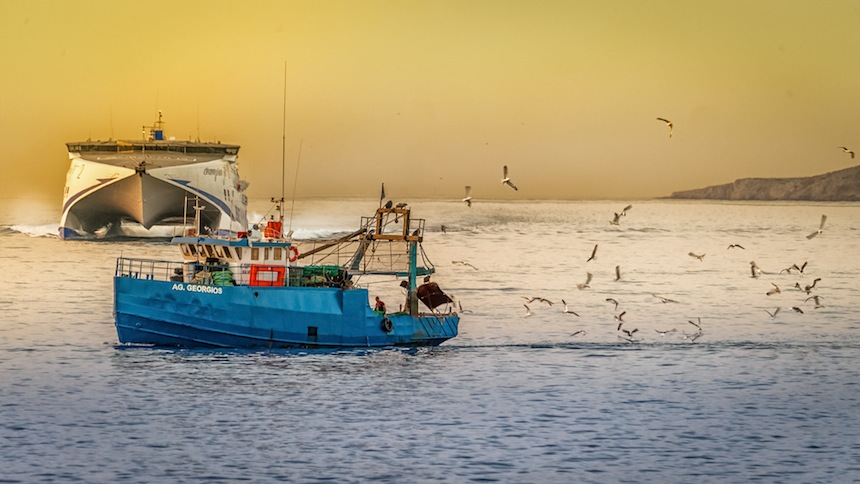 After a long hiatus, the global fishing boat market seems to be slowly awakening. Decades of ever tightening restrictions on fishing activity, particularly in developed countries, have taken a severe toll among fishermen, fishing towns, fishing boats and all who depend upon them.

Obviously, in many regions there was significant overfishing being undertaken, particularly in the North Atlantic, Mediterranean, western South America, western North America, and parts of the tropical Indo Pacific regions. Action needed to be taken to quell the blatant, and often heavily subsidised, overfishing taken place in such places.

However, in many instances, heavy-handed bureaucrats encouraged by green zealots tended to throw the sustainable fisheries babies out with the overfished bathwater.

“The market is slowly but surely re-awakening”

Following the great boom in fishing vessel construction in the nineteen seventies and eighties, the next two decades saw a serious drought. It is only in the last three or four years that the fishing boat sector has finally started to see some signs of life.

Of course, these comments do not apply to Asia ex-Japan where fishing boat building has generally maintained its course. Japan is a special case because it largely ran out of fishermen. They became too old and were not replaced so new boats were not required.

Now, on a more positive note, with sustainable fishing regulations now firmly in place, stocks are reviving or, at least, stabilising in most of the developed world. This has led to a slow but steady revival of the new-build fishing boat market. Regular readers will be aware that www.bairdmaritime.com seemingly reviews at least one new fishing vessel each week. The market is slowly but surely re-awakening.

Almost every one of the new boats reviewed is impressive in its own way. They are designed and built to be efficient, economical, environmentally pure, safe, durable and comfortable. As someone who first went fishing more than fifty years ago in a slow, cockroach-ridden former pearling lugger that had been converted for lobster fishing, I am dazzled by the improvements shown in the latest boats. To me they are dreams come true.

The standards of comfort, alone, are now very high. Quite rightly, modern crews would never go to sea in the conditions we endured in the mid-fifties. Clean, comfortable, air-conditioned accommodation with hygienic messing and bathing facilities are becoming the norm.

Gear and rigging are properly designed to eliminate accidents. You won’t see a trawler’s entire rig going over the side, carrying a deckhand into the shark-infested sea, as I once did in the Gulf of Carpentaria.

Hulls are designed for maximum stability and greater efficiency. Bulbous bows are now the norm on trawlers. Sheltered working decks are increasingly common so the chances of being washed overboard are slim. The bad old days highlighted in “The Greatest Catch” television series are rapidly becoming a thing of the past.

While many of these improvements were starting to be introduced at the tail end of the 80s/90s boom they have now been enhanced and have become commonplace.

Sure, fishing boats have become more expensive to buy but they have become significantly more productive and will almost certainly keep working much longer. They will inevitably be more profitable than their predecessors. They represent a new breed and, while fewer will be built than in the boom days, they will represent better value for their owners in the long term.