Back in the distant past of 12 months ago I made some predictions for 2018. It turns out I was ever so slightly optimistic about the rate of human progress.

My four predictions for 2018 were: the first commercially viable electric workboat; a breakthrough in the production of marine algae biofuel; the first commercial operation of offshore (out of sight of land) fish farms; and the first operational use of a laser to shoot down a missile or warn off a pirate/small boat attacker.

In recent months a number of contracts have been signed for fully electric ferries, and even a fully electric motor yacht, but I wouldn’t be able to say that there have been any delivered. A few electric ferries do exist and are operating, but I did put in the condition that I was aiming for the first commercially viable electric workboat and I don’t think that any of these craft really qualify given that most of them have received subsidies of one form or another.

Algal biofuel is one of my pet likes and I, perhaps naively, think that it has a future so long as the various, and admittedly numerous, kinks are ironed out. I’ll probably be putting this one in my predictions every year though. Much like space tourism, it’ll always be “a year away, at most”. 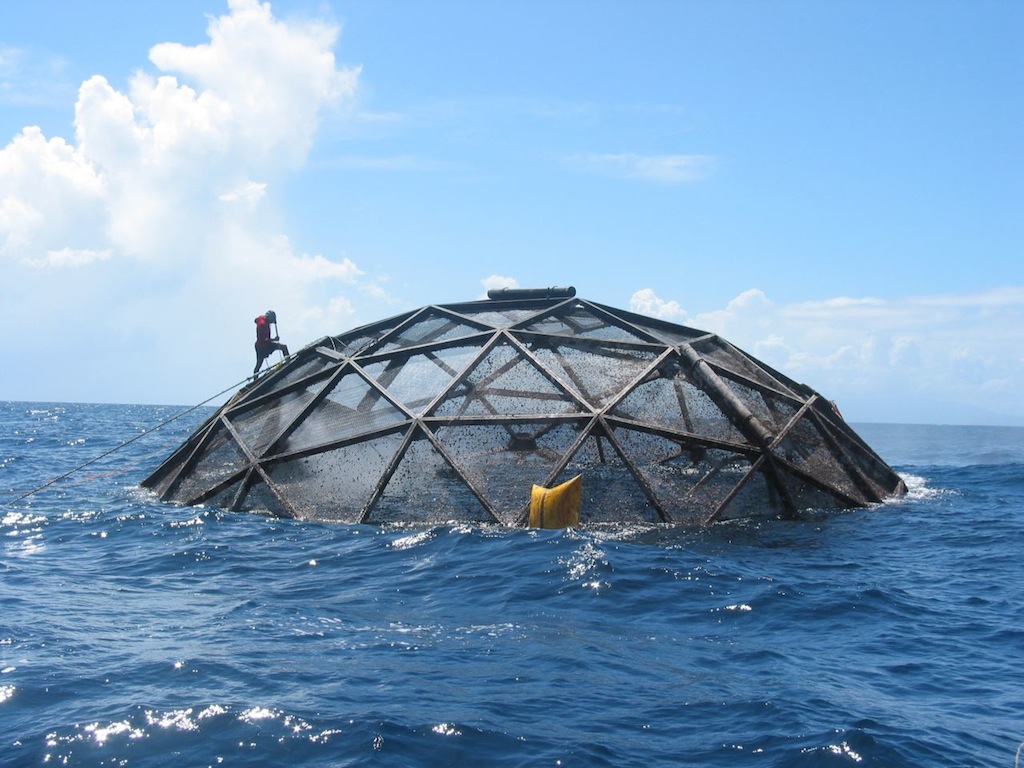 My prediction for far offshore fish farms hasn’t yet panned out. The projects all seem to have stalled or are in post-testing evaluation phase. Like with the biofuel, perhaps next year?

And we come to the laser. As with the offshore fish farms these too seem to be sailing in the doldrums with the primary researcher, the US military, preferring to put its money into putting lasers on all-terrain vehicles for protecting camps from artillery shells and drones. It seems that the technology for the lasers to operate from land is effectively complete with the fine controlling mechanism for holding a laser beam thinner than a pencil steady on a moving target tens of miles away pretty much solved. The problem for the navies of the world appears to be installing this precision equipment onto a moving platform that hums, vibrates, shakes and rolls whilst also needing it to keep the beam on target. Add salt spray on the lenses and perhaps there’re a few more bugs that need to be squashed before we see one of these devices taking out a pirate skiff.

So that takes care of my grand predictions, but has there been anything that I’ve written about previously that I should have predicted for 2018 but didn’t? 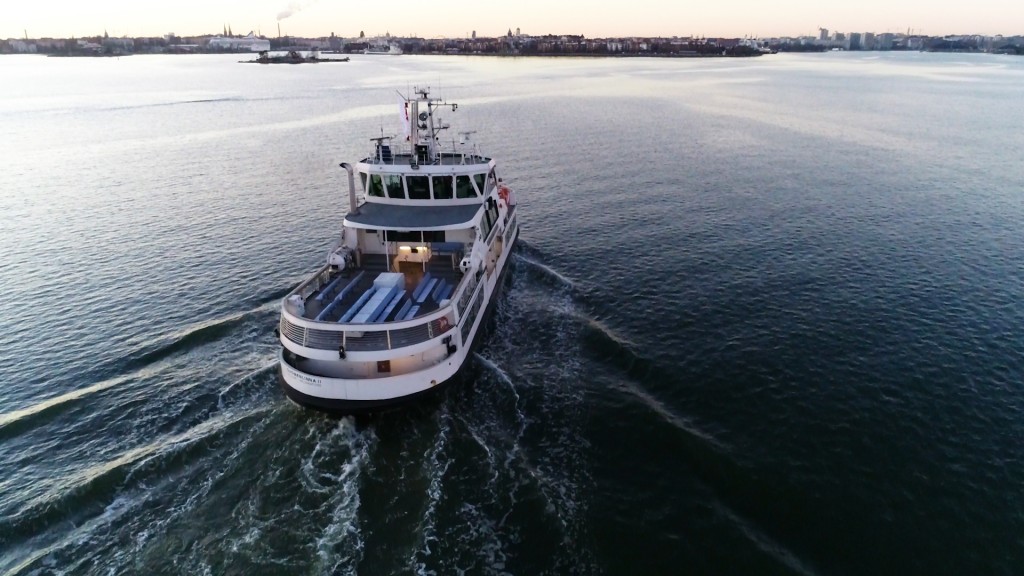 As it turns out, yes. The predictions I missed included the first remote operation of a passenger ferry. Technology company ABB remotely piloted the ice-class passenger ferry Suomenlinna II through a test area near Helsinki harbour, proving that human oversight of vessels from anywhere is achievable with today’s technologies. Generally known for its azipods and electric control systems, ABB fitted the ferry with the required equipment in 2017 and conducted the test out of normal operating hours and away from other vessels.

Also occurring in Finland, and around the same time, was the first fully autonomous voyage of a commercial ferry when Finnish state-owned ferry operator Finferries successfully demonstrated a fully autonomous vessel, the double-ended Ro-Pax ferry Falco. The vessel navigated autonomously between the towns of Parainen and Nauvo in Finland’s south west. The vessel wasn’t following a pre-planned route, instead relying upon various sensors and analysis of data at hand to pick an optimal route, and even achieved an automatic berthing upon arrival.

To allay the fears of the “rogue robot” crowd, a qualified captain was on hand at the remote operations centre approximately 50km away and had the ability to switch to remote control of the craft if the computers decided to misbehave. For the return journey the captain took control and operated Falco remotely.

Another surprise for 2018 came from the rather staid world of international bureaucracy. With the forecasted boom in electric vehicles, battery metals like lithium and cobalt skyrocketed in prices. Whilst this saw plenty of companies put rationality aside and pursue holes in the ground in places like the DRC, it was interesting to see the reaction from the world of marine mining. The International Seabed Authority, the arm of the United Nations that manages the mineral and energy wealth of international waters, chose to make some positive comments related to the harvesting of manganese nodules.

Ordinarily these nodules would be a little ho-hum, not drawing much attention considering manganese is still relatively easy to find and dig up on the surface. What caught the attention of the ISA, and plenty of other groups, was the high cobalt content of these nodules. The cobalt prices have since settled from their bubbly-highs but the DRC, the number one producer of the metal with over 50 per cent of the product coming from beneath its soil, has declared the metal “strategic”, which according to recently introduced laws means that royalties need to be tripled.

The ISA had previously been very hesitant to allow seabed mining to proceed with most people in the industry agreeing that they would be lobbying and/or banging their heads against walls for several more years to come so the change of heart with regards to cobalt-bearing nodules was welcomed by numerous parties.

How do you feel my predictions have gone? Feel free to contact me at [email protected]