Designed and built over a period of nine months by Crisp Bros and Haywards of Hobart, Tasmania, and acquired at a cost of NZ$5.7 million (US$3.89 million), the new feed barge has been named San Hamana (“hamana” being the Maori translation of salmon). It has an LOA of 27.8 metres, a beam of 11.83 metres, a draught of 2.1 metres, a gross tonnage of 658 tonnes, and overnight accommodations for up to five operators.

The barge also has amenities including a kitchen, a mess area, a lobby/locker room, a divers room, a garage, and a workshop, all situated on the main deck.

San Hamana is equipped with four silos that have a combined capacity for 200 tonnes of fish feed as well as a computer system that can automatically distribute the feed into the fish pens via pipes. This automated system, which also includes underwater cameras, keeps watch on the salmon and provides operators with data on factors such as feed allocation and oxygen levels in the water. 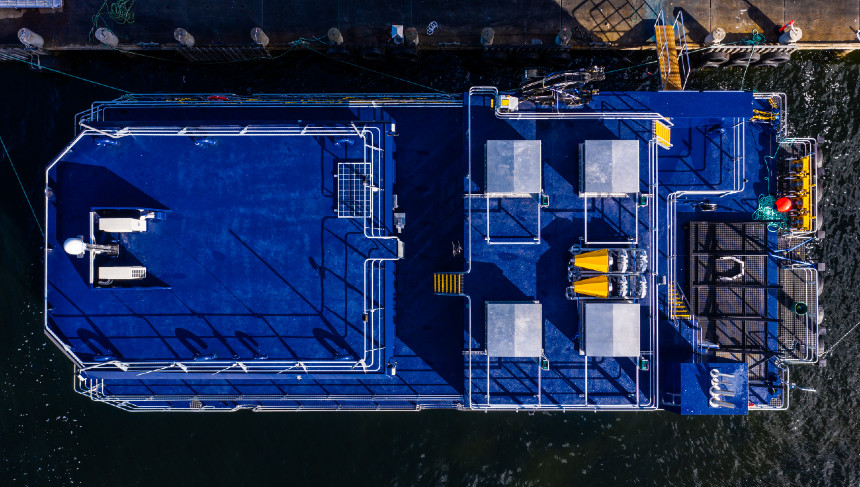 The decision by Sanford to invest in an automated feed barge had been dictated by the need to help preserve the marine environment in Stewart Bay, which has also been recognised by researchers at the Monterey Bay Aquarium as one of the few places in the world where the most environmentally-sustainable farmed salmon can be found.

Ted Culley, Sanford’s general manager for aquaculture, remarked that controlling the feed output with the assistance of the latest technology can help the company distribute just the right quantities of the salmon’s food. This helps avoid the problem of excess discharges into the water, which would otherwise just end up at the bottom of the sea.

The company will also benefit from reduced costs as it no longer needs to acquire and transport fresh stocks of feed as frequently as it did before, only to run the risk of some of it being uneaten and thus turn into waste.

With the feedings often scheduled to take place as much as five times within a 24-hour window, the barge’s high degree of automation also helps eliminate the guesswork involved in proper distribution and resupply. This means the crew could devote more of their time and effort to monitoring the condition of the salmon and of the barge itself and to making sure the onboard supply of feed will always be at optimum levels.

San Hamana arrived in Bluff Harbour in September after having been towed across the Tasman Sea all the way from Hobart. The following month, it began regular operations at Sanford’s Big Glory Bay king salmon farm, which boasts an annual harvest of approximately 4,500 kilograms or the equivalent of 1.2 million fish.

Sanford said the new barge is expected to continue performing a vital role as the company expands its operations further out to sea in New Zealand’s Southland region. 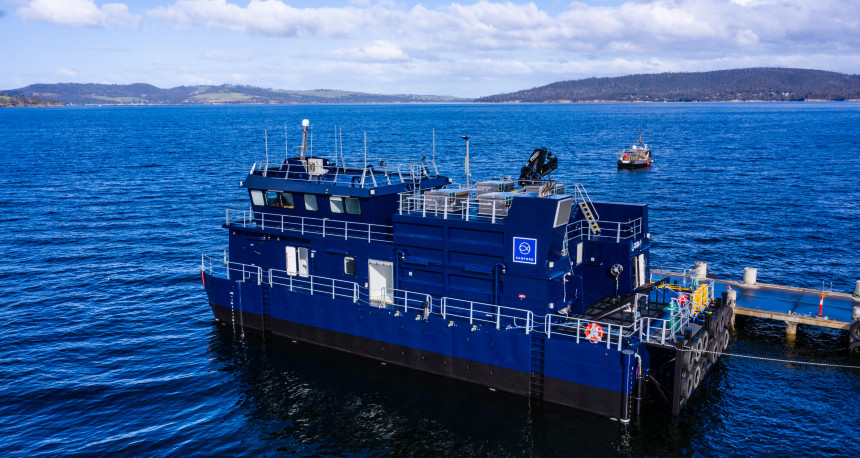 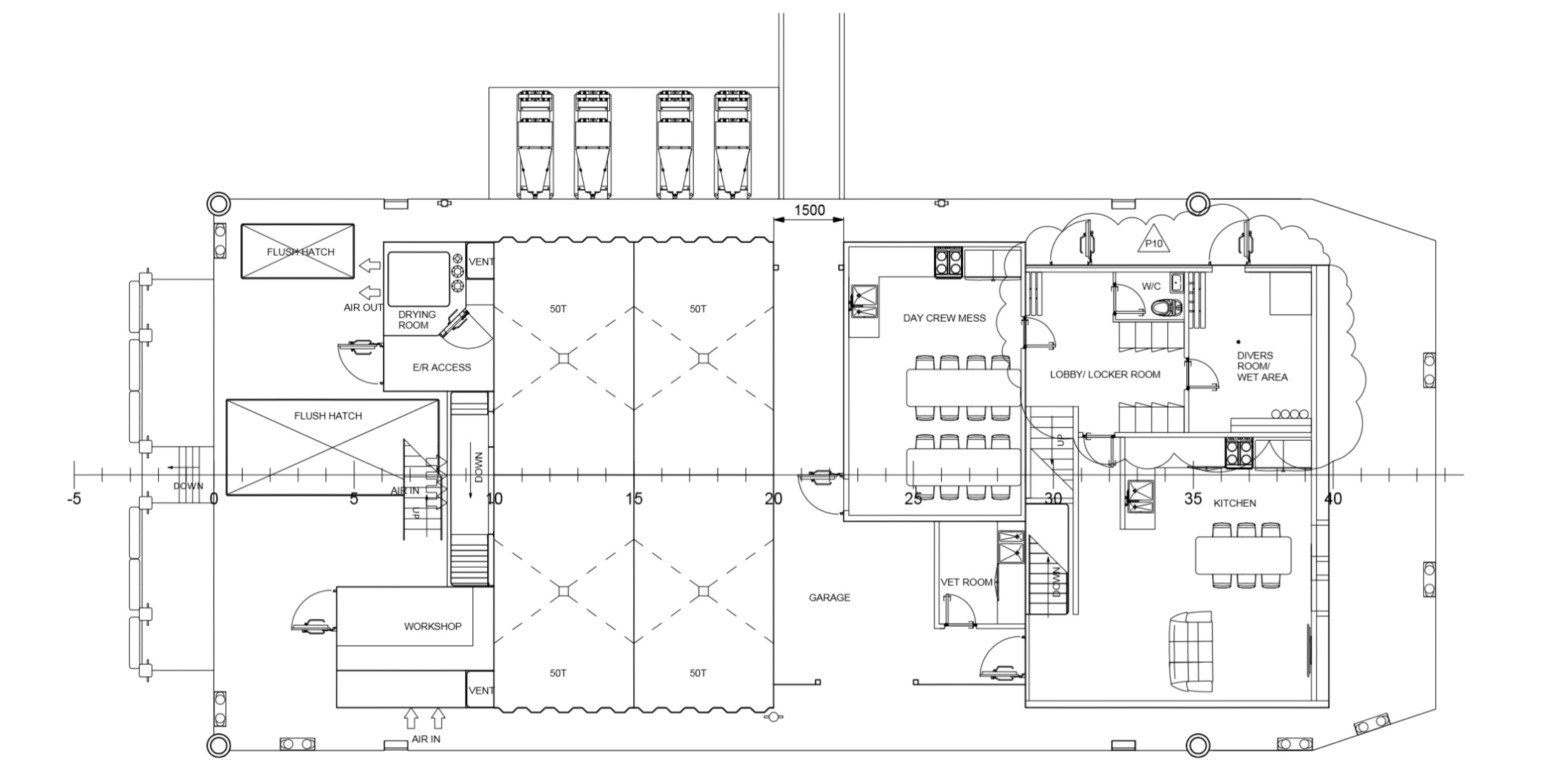