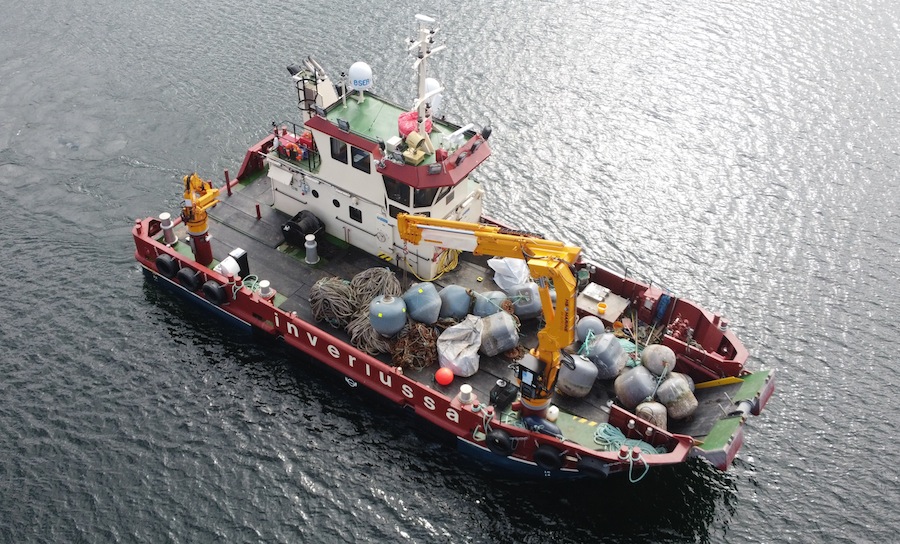 The vessel was built by Ferguson Marine Engineering at its yard on the river Clyde, to a design by Macduff Ship Design. Helen Rice is designed as a multi-role workboat with large open working deck and offset port casing for improved starboard side access and a large forward ramp. The layout allows for the vessel to complete a wide range of tasks from general cargo duties through to specific aquaculture services, such as mooring and grid work. 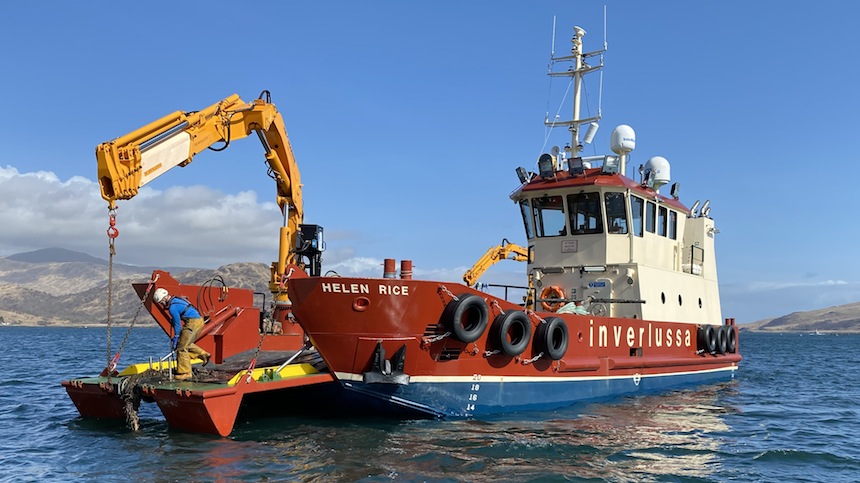 The build process started in 2018 with the start of a detailed design process with Macduff Ship Design. This was won by Ferguson Marine Engineering, which started cutting the first steel in early 2019. Helen Rice is constructed entirely from steel to a hard-chine, landing craft, hull form.

The final touches were completed on the vessel in early March 2020 with final trials and delivery completed later in the month. The design was inspired by combining the operational requirements for a landing craft bow with the successful clean open deck of the Macduff multi-role vessel Suffolk Spirit.

Helen Rice is equipped with an array of equipment to allow the vessel to operate in a range of different roles. The main propulsion is provided by twin Doosan 4l 126 TIH engines delivering 316 kW at 2,000 rpm. These engines drive through Dong-I KGDMT260HL gearboxes at 4.08:1, attached to open propellers supplied by Teignbridge Propulsion. 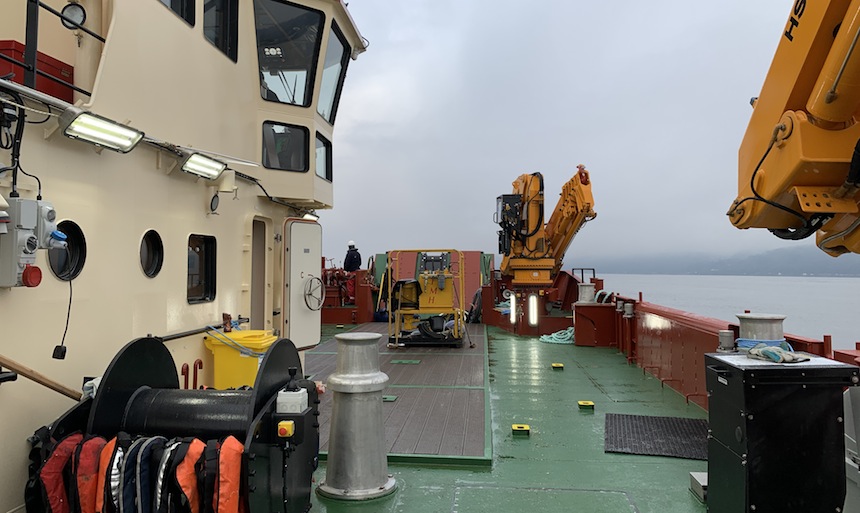 On deck there are two marine cranes to starboard both supplied by HS Marine, an AK61/19.5E5 model and an AK13 HE3. The hydraulic package also comprises three five-tonne capstans all arranged to starboard, an anchor windlass, hydraulic rams for operation of the bow ramp and a tow winch situated on the centre line.

Due to the offset position of the casing, the winch can work both aft over a stern roller with portable pins and a gog eye to control the wire, or forward over a narrow roller built into the bow ramp. 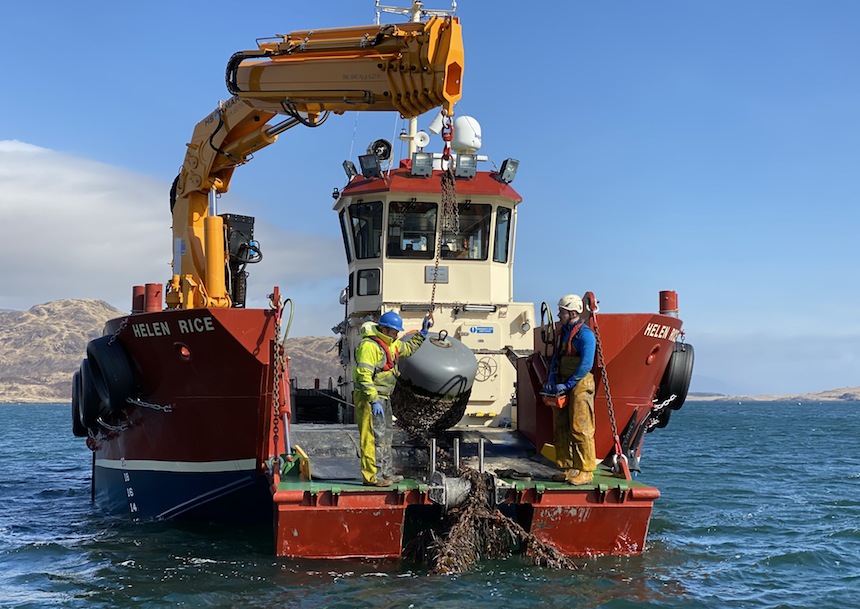 The Helen Rice complements its extensive deck machinery package with an impressive cargo carrying capability for a vessel of this size, being able to carry cargo fresh water, large pump-able fuel tanks, a maximum capacity of 90 tonnes of deck cargo or alternatively the ability to carry two full ISO tanks.

Initially, the vessel will be carrying out a contract with a leading salmon producer, servicing, inspecting and installing mooring grids around the west coast of Scotland.