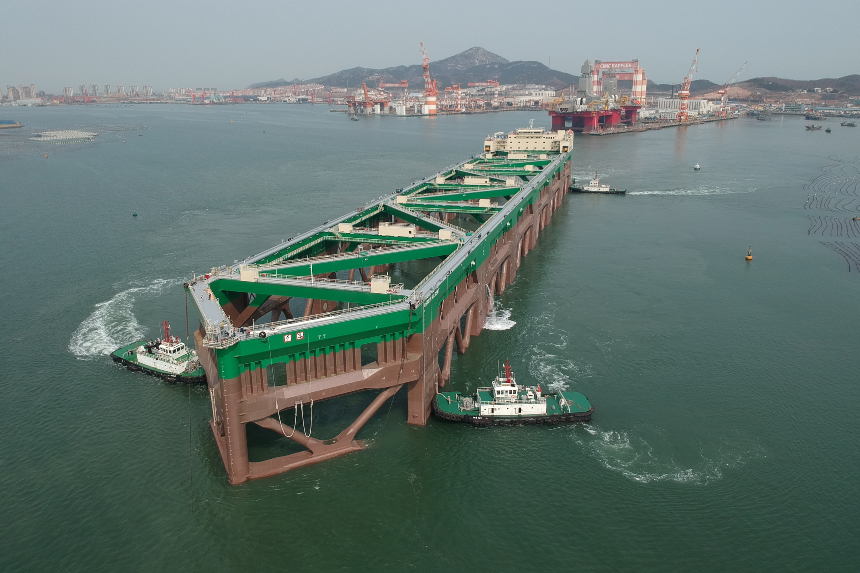 The innovative idea was to resolve some of the challenges in the aquaculture industry, where environmental footprint in small geographical areas is often a consequence if the natural current does not transport any feed spill and faeces away and thus spread it over a larger area which can, through natural breakdown, absorb this. Also, the consequences of large growth and population of sea lice will be detrimental to the fish health in some areas.

Havfarm 1 is to be positioned in an area where there is less sea lice and with a sizeable location, as the unit is moored with a turret and will weathervane around this, thus making it capable of absorbing the faeces and eventual feed spill without negative effects on the environment. 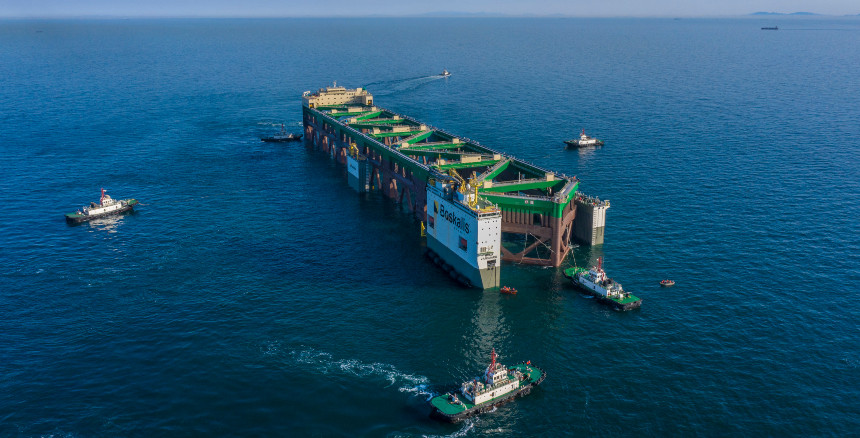 At 385 metres long, Havfarm 1 is the largest semi-submersible structure ever built and the largest man-made structure to be transported on a heavy lifting vessel. The heavy lift vessel Boka Vanguard transported the fish farm from the construction yard of CIMC Raffles in Yantai, China, to the permanent mooring location in Hadsel, Norway.

This paved the way for many companies to “think outside the box” to address some of the challenges of the fish farming industry, and Havfarm 1 was the first in a line of more than 100 applications for such concessions.

The aquaculture industry in Norway is regulated under the Norwegian Labour Inspection Authority. Within their regulations, there are no rules and regulations for seagoing structures or ships, and thus rules and regulations from other technology sectors like international shipping and the offshore industry had to be applied to solve the technical challenges in an uniform and holistic way with a defined safety and reliability level.

While the project did not want to “go all in” for applying offshore regulations, there was prepared a unique set of regulations in cooperation with DNV-GL, Nordlaks, and NSK Ship Design. This set of rules described in a regulatory framework covered everything from technical requirements (based on a mix of ship rules and offshore installation rules) to HSE. 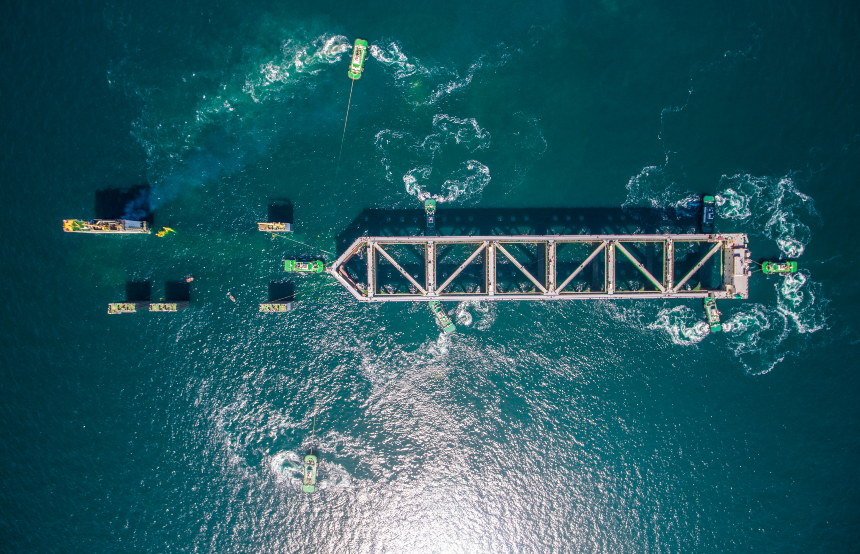 As the unit layout and architecture are similar to those of an offshore semi-submersible rig, the structural and stability regulation from this industry was followed for these parts. For other areas,  ship regulations was adhered to as much as possible to have a controlled cost level.

Further, the work for defining a regulatory framework which DNV-GL could agree to and use for their on-site survey took almost 11 months from start to finalisation. After the rules and regulations to be followed became clearer, the actual task of working together with a verification partner for approvals of the structural work began.

It was evident from an early stage that Havfarm 1 was a completely different structure than a semi-submersible rig, of which the verification partner, DNV-GL, had a lot of experience, so new analysis techniques and models had to be developed, both from NSK Ship Design for the design side, but just as well on the verification side from DNV-GL.

Havfarm 1 is designed for sustainable fish farming wherein up to 10,000 tonnes of salmon could be housed within the structure at any given time. There will also be a small crew onboard, but many functions like feeding will be done from shore via redundant ethernet and wi-fi systems. It is expected that after a test phase, the unit may be more or less autonomously operated when it comes to the fish farming operations.

Havfarm 1 is fitted with six Rolls-Royce Marine tunnel thrusters for ensuring a sufficient flow of oxygen-rich seawater from the outside of the structure into the fish farming areas during calm weather operation when low current may not be sufficient for providing the require flow. There are also automated feed systems supplied by local aquaculture equipment specialist Akva for receiving fish feed from carriers developed in-house by NSK.

NSK also provided the vessel with an innovative semi-automated live fish transfer system for loading of fish from a live carrier into the fish farm using pressure systems. Vacuum systems will be used for discharging the fish from the structure back into the live carrier after production is completed.

The structure’s mooring system consists of a fixed turret installation with power and signal swivel and 11 mooring lines, all supplied by Scana. A net system provided by Selstad consists of 54 winches and covers all six fish nets within the structure.

Power for the entire fish farm is supplied via a shore connection, though onboard generators are also available to provide enough backup electricity to enable the structure to operate at 100 per cent capacity.