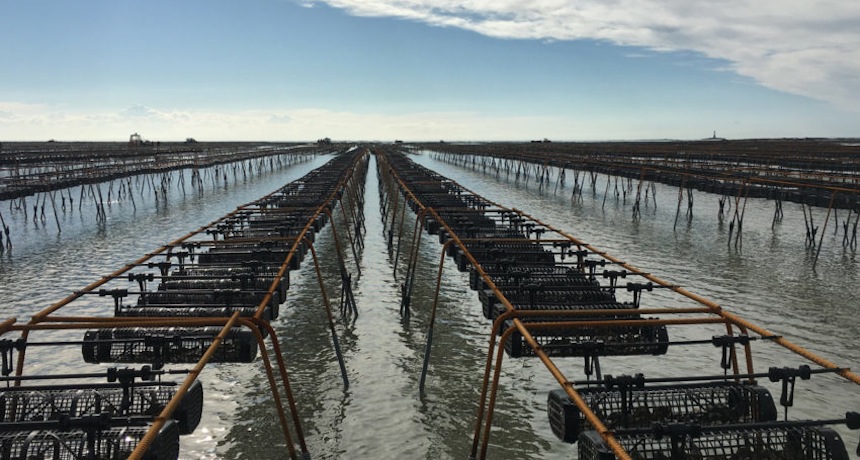 Southern Australian waters and the North Sea have been identified as having the strongest potential for commercial shellfish aquaculture in a new global study.

Australian marine eco-regions occupied four of the top five locations for shellfish aquaculture while the North Sea region of Europe was rated highest for both potential shellfish and seaweed production.

The study, A global spatial analysis reveals where marine aquaculture can benefit nature and people, was published in the journal PLOS ONE and is a collaboration between non-profit The Nature Conservancy, US scientific agency National Oceanic and Atmospheric Administration (NOAA) and the University of Adelaide.

The commercial production of shellfish and seaweed can generate in-demand proteins and jobs while also having a net-positive effect on the surrounding environment by filtering polluted waters and providing habitat for commercially-important seafood species.

The study is the first of its kind to examine the global potential for this concept, which The Nature Conservancy refers to as “restorative aquaculture”.

“We already know that, done right, aquaculture shows tremendous promise for addressing some of our most significant food and environmental challenges,” said lead author Dr Seth Theuerkauf, Aquaculture Scientist at The Nature Conservancy.

“But, in order to maximise these benefits, we also know that location is essential – and some regions have stronger potential than others.”

“By encouraging progress in public policy, capacity-building, and business planning, the study team hopes to help unlock the full economic and environmental potential of restorative shellfish and seaweed aquaculture.”