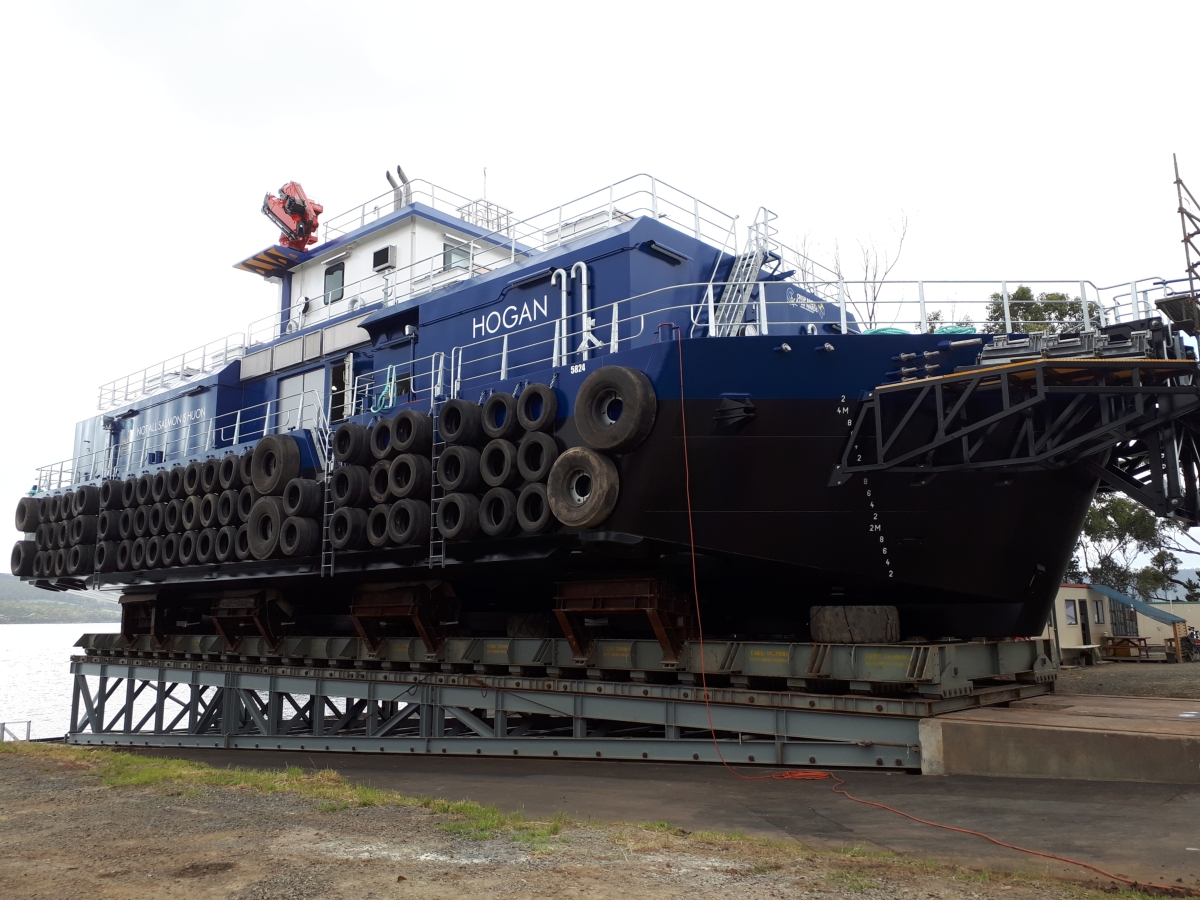 The largest feed barge in the Southern Hemisphere was christened and launched in Australia on December 14.

The vessel is fully autonomous with every onboard system capable of being remotely operated from Huon’s feed control room in Hobart.

Hogan is the first of two 600-tonne feed barges that will service Huon’s Storm Bay leases. The second vessel is currently under construction at Crisp Bros. and Haywards.