Written by Baird Maritime on June 19, 2018. Posted in Aquaculture World. 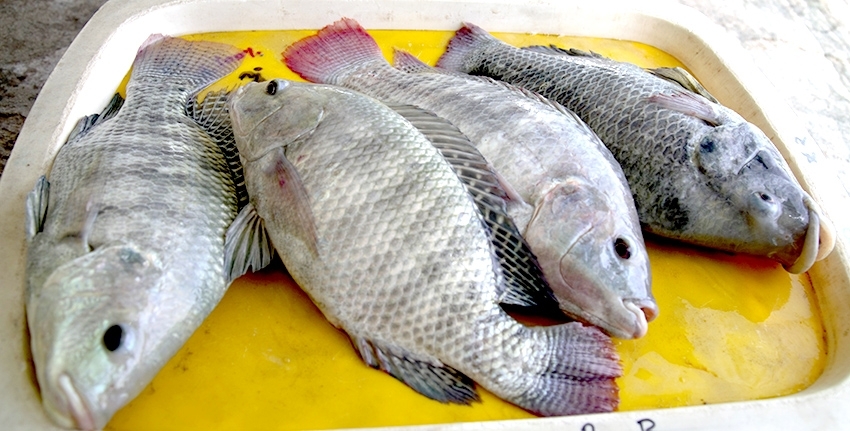 Through an improved, cost-effective inland modular farming approach in desert environments, scientists at the International Center for Biosaline Agriculture (ICBA) have achieved one of the highest fish biomass densities of farmed tilapia using reject brine from desalination units, from 10kg per square metre in previous growing seasons to 30.

Similarly, the seawater-based modular farm in the coastal region of the emirate of Umm Al Quwain, operated in collaboration with the Marine Environment Research Department (part of the UAE’s Ministry of Climate Change and Environment), recorded an increase of fish biomass from 0.62k/m3 to 5.0k/m3 for the species.

According to the latest data collected from an inland modular farm experiment at ICBA’s station in Dubai, scientists found that the average weight of tilapia fingerlings increased from 50 grams in December 2017 to 600 grams in May 2018 (five months) compared to ten months needed previously to reach the same weight. Therefore, the fish can have two growing cycles within a year, providing a great economic opportunity for local farmers and agripreneurs.

Modular farming approaches focus on exploiting reject brine for fish farming and production of halophytes (salt-loving plants) on inland farms, and seawater and aquaculture effluents for cultivation of halophytes in coastal desert areas, bringing into production degraded or barren lands with economic benefits for local communities.

“One of the main goals of our research experiment is to develop a cost-effective production model that transforms reject brine and seawater into profitable sources for local farmers,” says Dr Dionysia Angeliki Lyra, a halophyte agronomist at ICBA.

“For the last six months we have been working with the ICBA team to upgrade the infrastructure and the growing conditions of fish in the aquaculture system. Apart from reducing fish feed cost and increasing fish biomass, we have also been successful in decreasing the labour expenses. All we need is just one trained worker for a maximum of two hours per day to operate and maintain the system,” said Mr. Efstathios Lampakis.