Written by Baird Maritime on February 14, 2018. Posted in Aquaculture World. 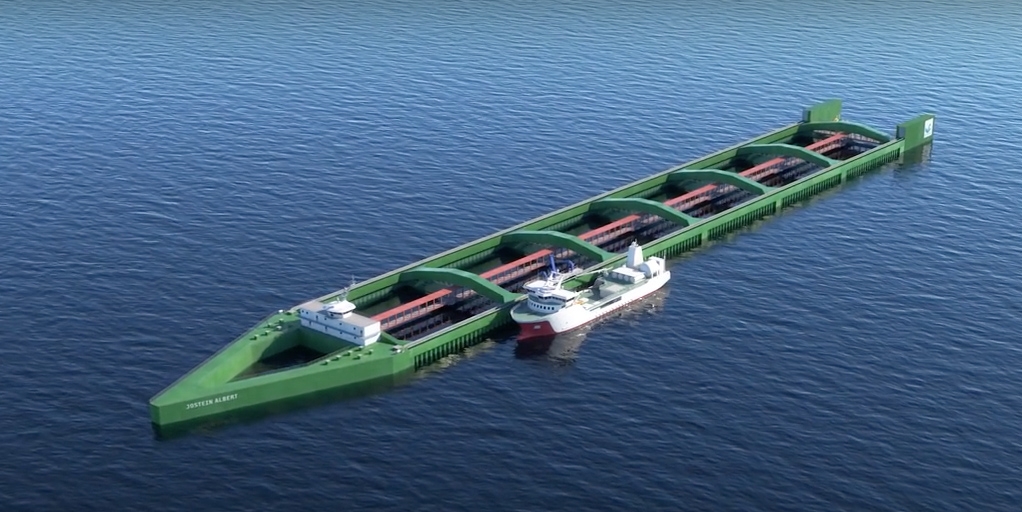 Norwegian firm Nordlaks has signalled its faith in aquaculture by signing a contract with Chinese shipyard CIMC Raffles to build the first “Havfarm”.

Longer than the world’s biggest cruise ship at 430 metres by 54 metres, the aquaculture vessel Havfarmen (meaning “Ocean Farm”) will lay at anchor, fixed to the seafloor solutions developed by the offshore industry.

One Havfarm will be able to contain 10,000 tonnes of salmon or more than two million fish.

The facilities will be able to withstand a significant wave height of 10 metres, and can be raised by four metres during inclement weather.

The NSK Ship Design-designed ocean farm will extend 10 metres below sea level. The farm will be constructed as a steel frame for six “cages” measuring 50 metres by 50 metres on the surface, with aquaculture nets going to a depth of 60 metres.

Havfarmen will be built at a shipyard in Yantai, Shandong Province, China.

Aiming to be stocked with salmon during spring 2020, Havfarmen will accommodate seven people.

Nordlaks founder Inge Berg said the innovation meant aquaculture was being taken from the fjords to the ocean.

The agreement is for the first of two planned Havfarms. The first will be placed south-west of Hadseløya in Nordland.