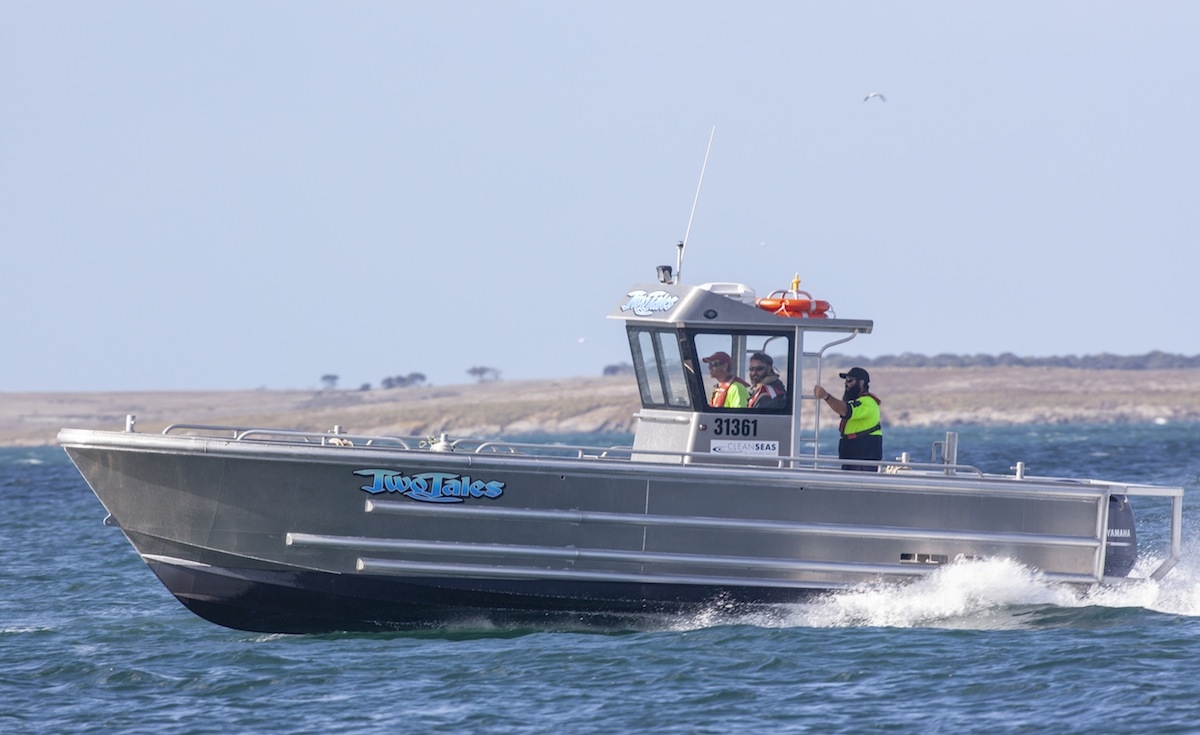 Australian designer Oceantech and builder Calibre Marine have a long history of design and development of lightweight aquaculture utility vessels and the duo have supplied many designs to Port Lincoln’s Clean Seas Tuna since the company’s conception.

This particular brief was to replace an existing vessel that had reached end of life and evolve this into a standard type for Clean Seas’ local operations.

The new vessel was to be 9.2 metres long, with a beam of 3.1 metres, twin outboard-powered using a set engine power, and to offer good seakeeping and load carrying abilities as well as being virtually indestructible. 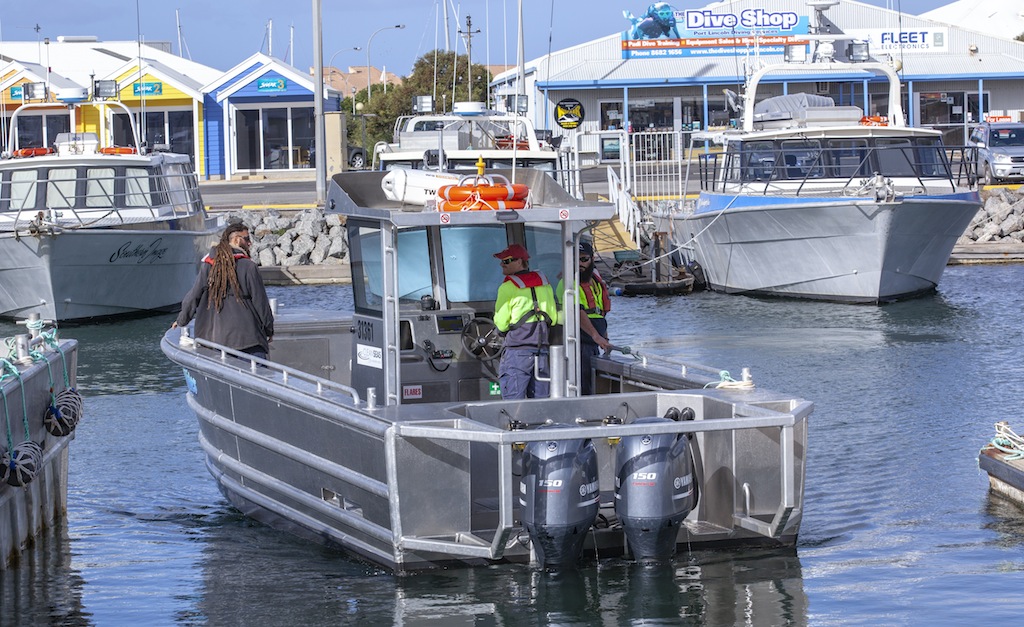 TwoTales achieves surprisingly good performance using two of the client-preferred Yamaha F150s, which they use predominantly within their small utility boat fleet. Calibre said the two performed flawlessly on trials, easily propelling the vessel to a top speed of 34 knots and cruising effortlessly at 25+ knots.

A full review of Two Tales will appear in the July/August issue of Ausmarine magazine.