Written by Baird Maritime on July 30, 2019. Posted in Aquaculture World. 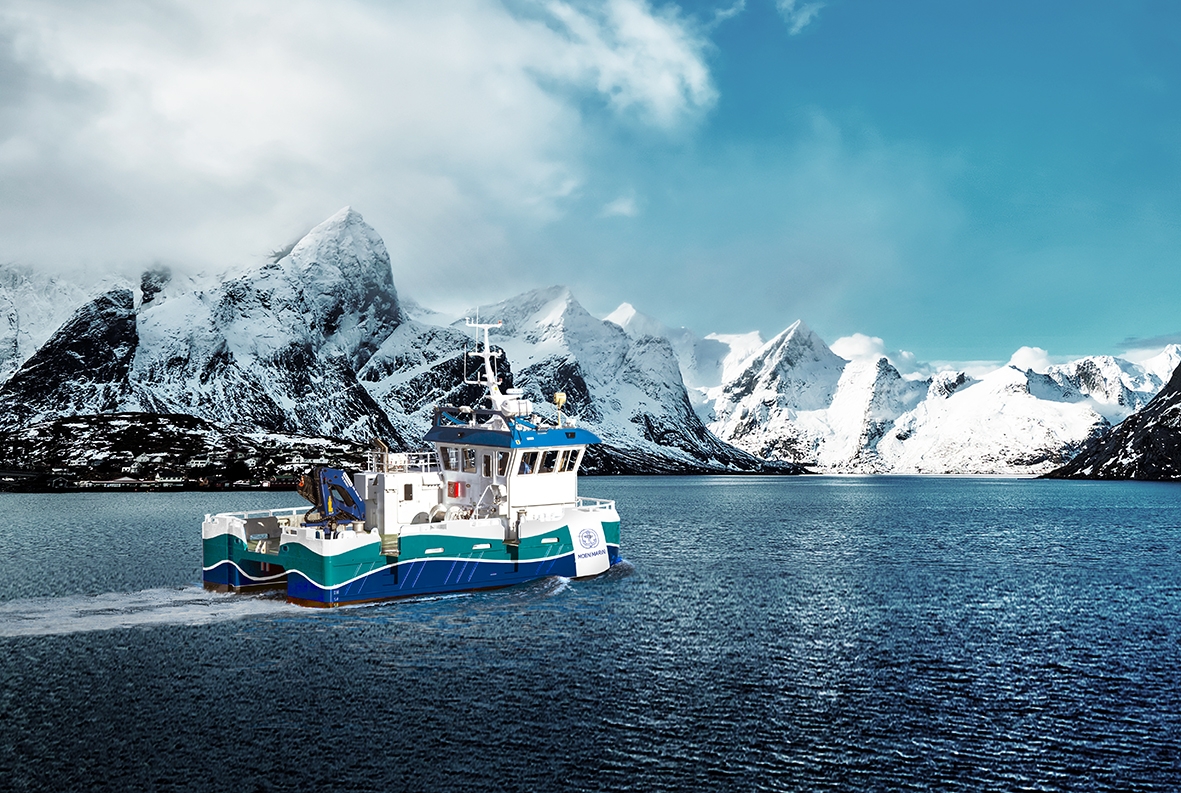 Moen Marin of Norway has been contracted to build a new hybrid catamaran for local aquaculture company NRS Farming.

The 13.5- by 7.5-metre vessel, which will be named Edel, will be NRS Farming’s first diesel-electric fish farm boat as well as the first hybrid aquaculture support vessel to be built by Moen Marin.

Edel will have two Danfoss Editron 105kW diesel engines and a battery capacity of 244 kWh. NRS Farming intends to operate the vessel solely on battery power during short trips whereas diesel-electric mode, wherein the battery pack will be recharged by the diesel generator, will be utilised for longer voyages.