Written by Baird Maritime on May 27, 2020. Posted in Aquaculture World. 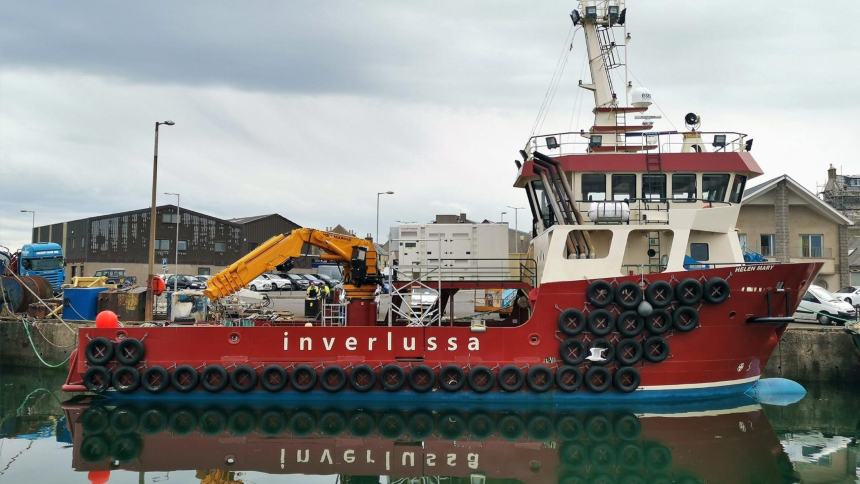 Helen Mary, a fish farm support workboat owned by Scottish company Inverlussa Marine Services, is currently in the final stages of an overhaul that will give it an additional delousing capability.

The 27-metre vessel has since returned to the facilities of local builder MacDuff Shipyards, where it was completed in 2015. It will be equipped for hydrolicing, an environmentally-friendly process wherein fish are deloused through the use of turbulent water.

Since hydrolicing requires a large amount of power, more than what Helen Mary‘s original auxiliary engines could handle, a standalone generator has been fitted on a new portside structure above the main deck. In addition to the increase in power, new sea suction points have been integrated into the hull to feed the hydrolicing with a continuous supply of seawater.

To make way for all of this new equipment, it was necessary to remove some existing deck equipment including the main winch.

Helen Mary will deploy to Norway to work on a new project for an unnamed client once the refit is complete.

MacDuff Ship Design had also contributed to the overhaul of the vessel.