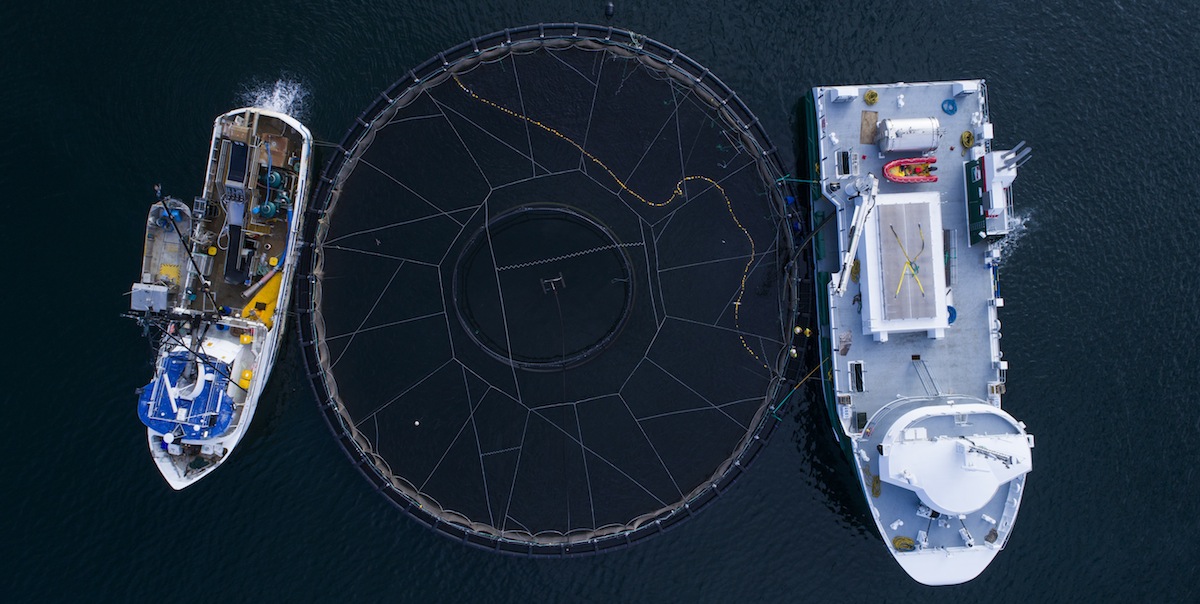 As was strongly predicted more than twenty years ago by our Australian aquaculture columnist and leading fish farmer, Hagen Stehr, fish farming is moving further offshore and the vessels required to service those fish farms have become bigger, more powerful and more versatile.

While Hagen’s predictions may have been a few years too early, he is now proving to be quite correct. He observed the offshore oil and gas industry and saw the similarities with fish farming, albeit fifty years later. Oil and gas operations steadily moved further offshore and vessels became larger, much more powerful and increasingly versatile.

Inevitably and quite correctly, the environmental movement ensured that often unsightly and polluting fish farms needed to be moved further offshore to reduce their aesthetic offensiveness and more effectively dilute the effluent they generate. Hagen saw this coming and predicted the requirement for larger, more seaworthy sea cages.

So, as the cages are becoming larger and are being moved further offshore, just as inevitably, the service vessels required to supply, move them and transport their product ashore, are becoming appropriately larger and more seaworthy. Regular readers of www.bairdmaritime.com will have noted this trend.

Much of this trend has been led by Norwegian operators, which, of course, also led the way further offshore with the oil and gas industry. Many of the new, larger and very impressive breed of “ASVs” (aquaculture service vessels) have been designed by and equipped by our Norwegian friends.

The vessels themselves are mainly being built in Turkey, Romania and South-East Asia. The customers are mainly in Norway, Scotland, New Zealand and Australia. Other countries will surely follow them.

From smallish, mostly converted fishing boats, the new breed of ASVs is now starting to comprise mostly specially designed and very substantial ships. They are powerful, strong, seaworthy, versatile and very well-equipped. The ASV sector is rapidly becoming a very exciting one, which will inevitably develop significantly and quite rapidly. This week’s special feature gives a good overview of how that is happening.