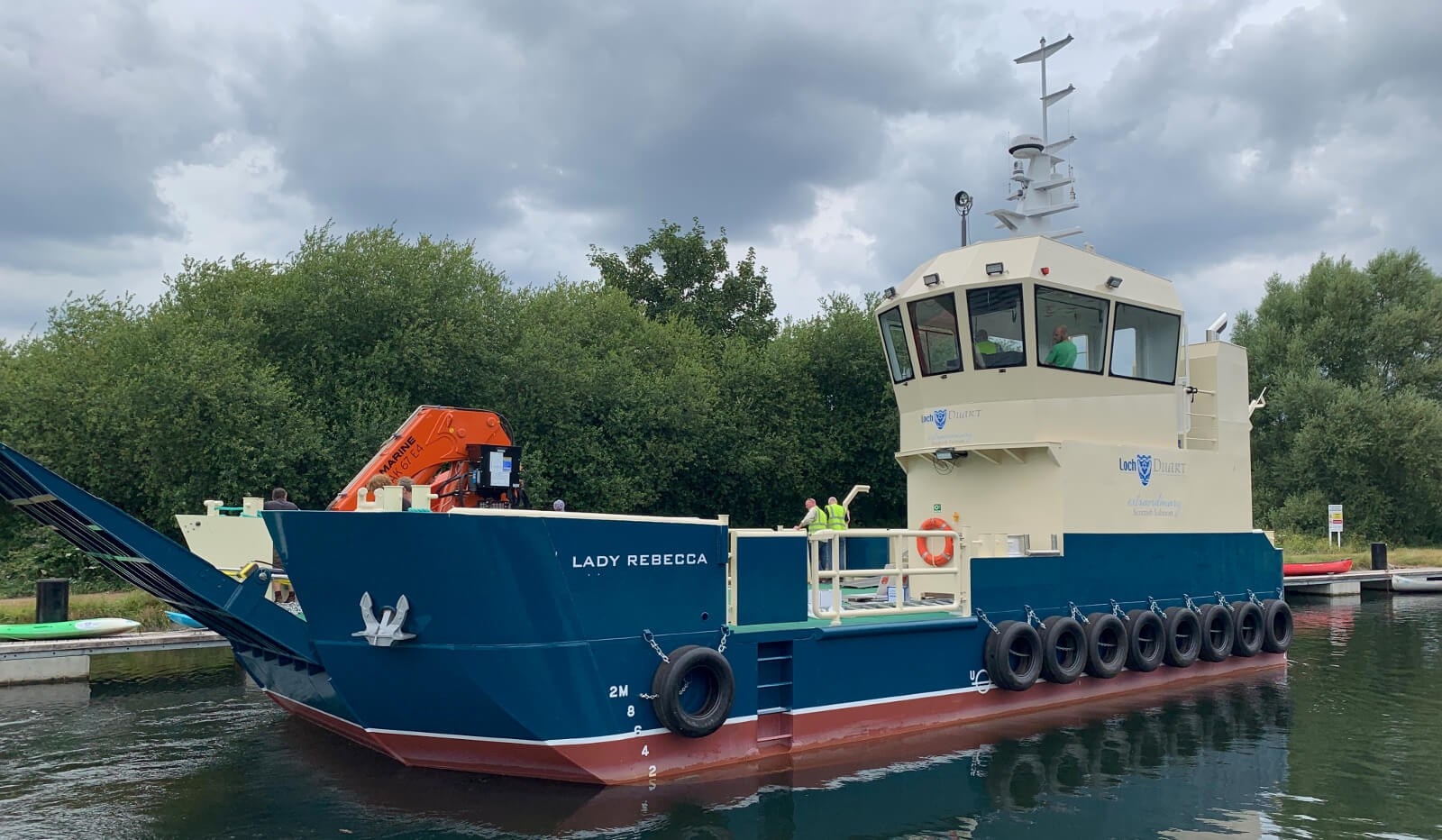 Designed by Damen’s OSD-IMT bureau, the landing craft has a length of 16 metres and a crane capable of lifting up to 14 tonnes.

Following the unveiling was the hand-over of Lady Rebecca, the first vessel in the series, to Scottish fish farm operator Loch Duart. It will be used primarily to transport people, equipment, and feed to the company’s offshore fish-farming locations.