Written by Baird Maritime on September 13, 2017. Posted in Aquaculture World. 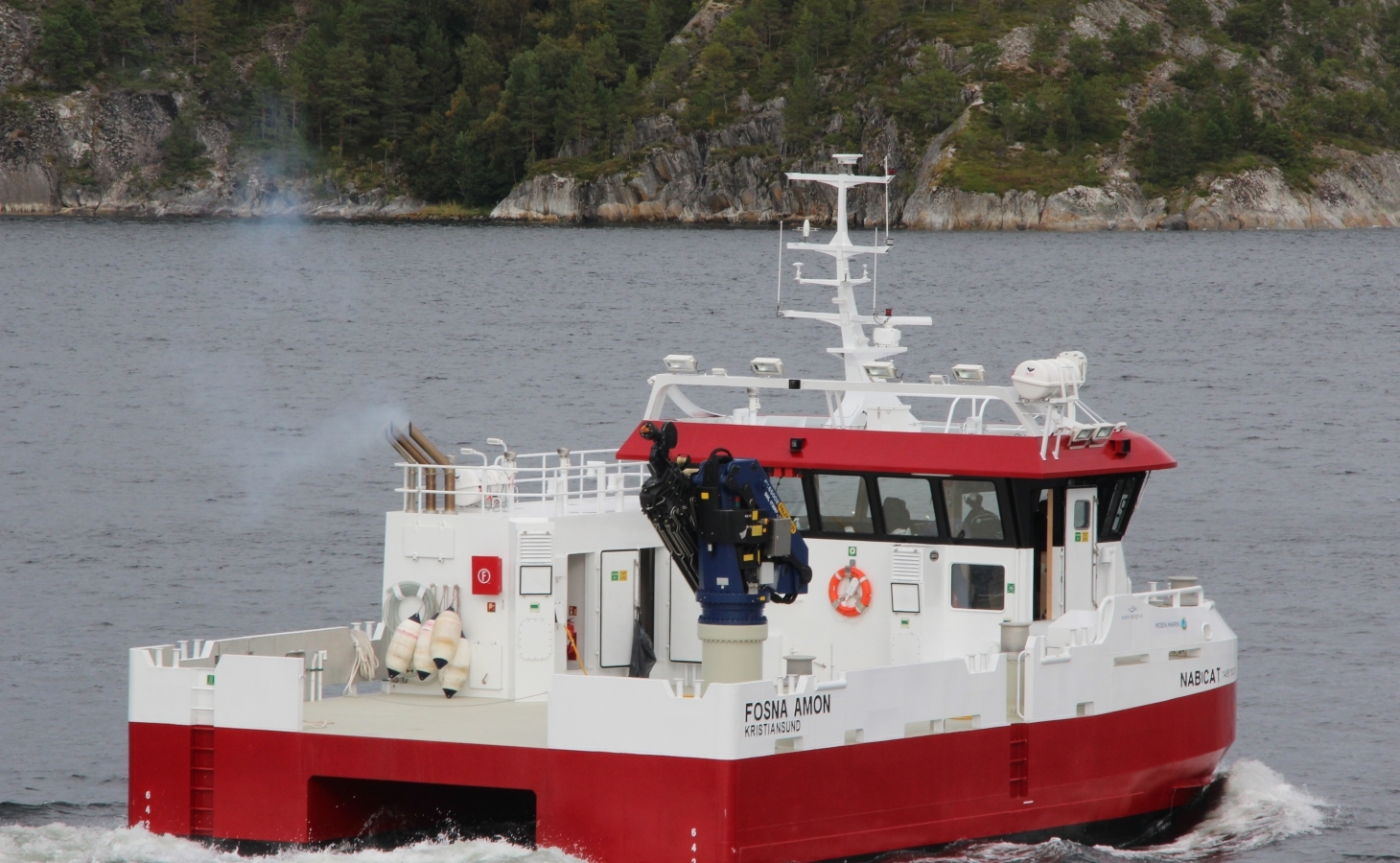 Abyss Aqua has chartered a newbuild built for Moen Ship Management (MSM) by its own yard Moen Marin.

Abyss Aqua is one of Norway’s biggest suppliers of workboat and service services for the aquaculture industry, with one of the country’s largest fleet of service vessels.

Fosna Amon was designed by Marin Design, is 14.98 by 10.00 metres, and is equipped with two Nogva Scania engines for a total engine power of 750kW.