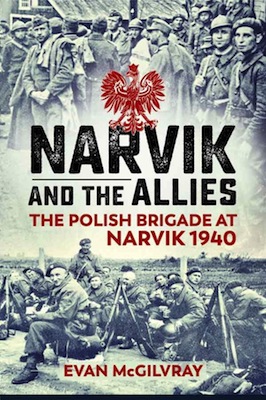 The Allied Narvik campaign coincided, more or less, with the German invasion of Norway in April 1940. While it failed in its primary objective of gaining a permanent chokehold on Nazi iron ore shipments from Sweden, it had the very useful unintended consequence of effectively neutering the Nazi High Seas Fleet.

What is generally little known but is highlighted in this first rate book was the very important role played by French led Polish troops in the dramatic campaign. While early in the war and although many mistakes were made, it was the first of many combined Allied operations and showed how they could best be carried out.

The author is right across the detail and describes the venture very well. He also very effectively places its outcomes in the correct historical perspective.