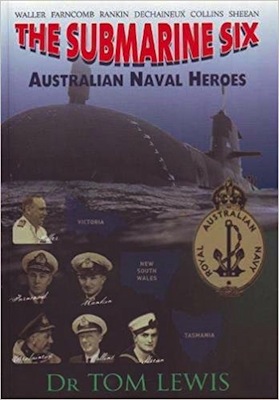 Australia’s six Collins-class submarines have had a chequered history, to put it mildly. Massive cost over runs, delays and numerous mechanical, training and manning failures have combined to form a litany of disaster in the minds of most Australians.

One of the few aspects of the widerCollins-class project that went right, however, was their naming. Each of the boats was named after a World War II naval hero. At long last, the “Silent Service”, the Royal Australian Navy gave credit to six of its previously largely unsung heroes.

Each of those heroes, Captain Hec Waller, Captain Emile Dechaineux, Captain John Collins, Captain Hal Farncomb, Lieutenant-Commander Robert Rankin, and Ordinary Seaman Teddy Sheean, and the actions in which they fought are described here. Those descriptions are enhanced by some very worthwhile and appropriate background information.

A very informative and timely book.