BOOK REVIEW: The Sea In History – The Modern World 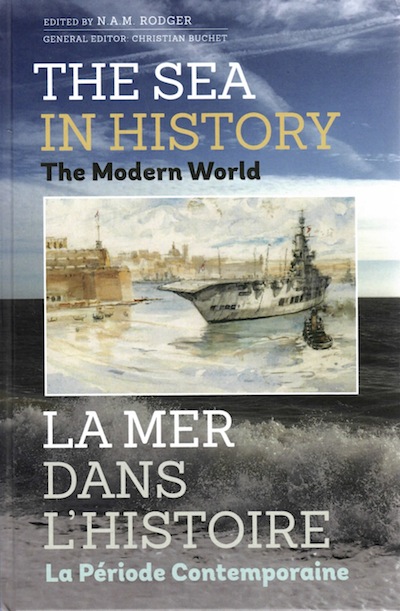 This is the final volume of the brilliant four volume history that explains and defines the long term symbiotic relationship between man and the sea. In other words, the maritime history of the world.

The reviews of the previous three volumes have been published here each month since June. They cover the periods from the ancient world, through the middle ages to the pre-modern. Uniquely, this is a maritime history of the whole world. It is most definitely not north-Atlantic centric as most previous maritime histories have been. There lies its great value.

So much has happened in the modern maritime world – roughly since 1815 – that it is very impressive that the editors have managed to contain it within 815 pages. They have done so, however, and the result is both comprehensive and enlightening.

Bravely, perhaps, in these times of extreme political correctness, the authors have included essays on the “unacceptable” subjects of whaling, fishing, sealing, colonialism and slaving. They happened and are important facts of politics, economics and real history.

This volume is brilliant but so, too, is the whole set. Association Oceanides should be widely congratulated for its magnificent enterprise in publishing it.