BOOK REVIEW: The Sea in History – The Medieval World 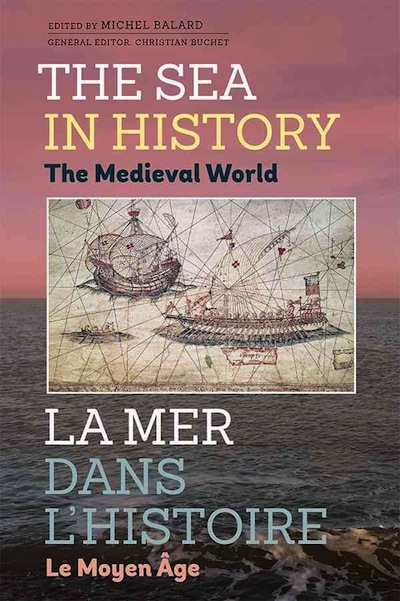 This is the second of four volumes in this brilliant series conceived, promoted and jointly published by the French maritime cultural organisation Association Oceanides. It is equally as good as the first, which was reviewed here last month.

Comprising 74 fine essays by a global group of leading academics, museum directors, researchers, historians and journalists, there are 40 essays in English with the remainder in French. Covering about 1,000 years of human history, they are wide-ranging in both time and space.

Importantly, and this is the primary role of Oceanides, they explain mankind’s many and complex relationships with the sea and its dependence on it. This is in the social, political, economic and military senses and in all human inhabited parts of the world.

Much happened in the Medieval period. Human society developed in many ways and in many places. These essays tell the reader very comprehensively how and why.

An enormously valuable work. Far superior to anything that has gone before.