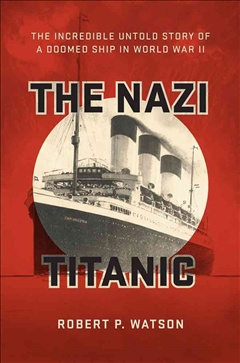 Being an avid reader of naval history I was riveted by this book  about a luxury German liner the SS Cap Arcona, which played an important role in Operational Hannibal, one of the largest, yet least known, humanitarian evacuations ever undertaken in the history of mankind.

Cap Arcona and a large fleet of other vessels including the infamous Wilhelm Gustloff were used to transport an estimated 1.2 million German soldiers and civilians from East Prussia back to Germany and occupied Denmark as a result of the relentless advance of the Russian Army during the final stages of World War II.

Cap Arcona itself sailing through the dangerous waters of the Baltic, evacuated  25,795 German troops and civilians, many of whom had been seriously wounded on the Russian front, between February and April 1945. 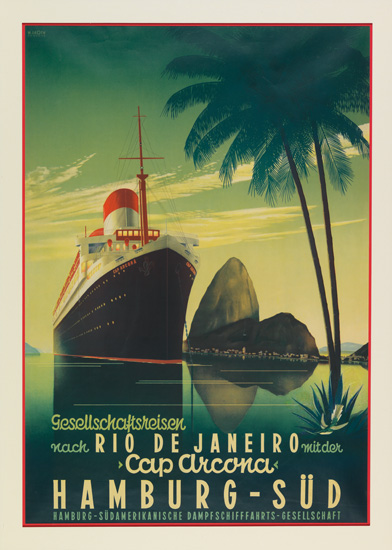 Cap Arcona prior to the war was the largest and fastest vessel sailing from Europe to South America and dubbed the “Queen of the South Atlantic”. Requisitioned by the German Navy upon the outbreak of war for use as a hospital ship and later as a transport, Cap Arcona was also used in 1942 as a set for the Nazi propaganda film featuring the loss of the Titanic.

Instigated by Joseph Goebbels to reflect the incompetence of the British during the 1912 disaster, the large budget film directed by Herbert Selpin was a failure and later banished as it had the reverse effect of what was intended.

Cap Arcona was to meet a tragic end  in its final role as a prison ship moored off Neustadt in Lubeck Bay. On May 3, 1945, the ship was heavily laden with prisoners, mainly from Nazi concentration camps, when the Royal Air Force mistakenly bombed the ship resulting in the loss of an estimated 5,000 lives with more than 2,000 further casualties in the sinking of other accompanying vessels of the prison fleet.

Sadly allied intelligence had indicated that most of the remaining Third Reich and SS leadership and former concentration camp commandants were planning to escape to Norway to avoid capture by the Allies and it had been wrongly surmised that the Cap Arcona and other ships would be used for this purpose.

This horrific event was one of the biggest single-incident maritime losses of life during the Second World War, along with the sinking of the Wilhelm Gustloff earlier in 1945, with the loss of over 9,000 lives.

By comparison the sinking of the Titanic resulted in the loss of 1,514 souls. The tragic loss of the two German vessels and so many innocent  lives remain as two of the worst naval disasters ever in maritime history. A very sad story but a fascinating account of an important historical event of which so few people are even aware.