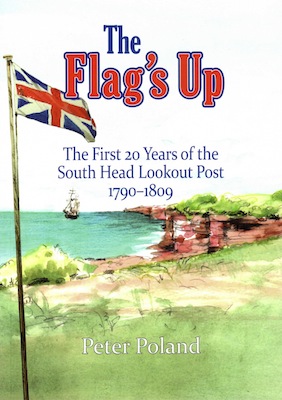 Sydney’s South Head Lookout Post and signal station have seen a lot of Australia’s history. Particularly in the first desperate years when the tiny colony nearly starved, news of an approaching ship was vital to all the tiny settlement’s residents.

Later, of course, as the colony prospered, the Lookout Post played an important part in the growing commercial activity of the colony. This delightful but rather idiosyncratic book describes the Lookout Post’s first twenty years in fascinating detail. It is a very useful contribution to the recording of Australia’s early maritime history.

The author, Peter Poland, a retired officer of the Royal Navy, is quite clearly an obsessive but only an obsessive could have produced a book such as this. Obsessives are invaluable to our national character and culture.

A very unprepossessing but valuable work.