BOOK REVIEW | The Battle of the Bismarck Sea: The Forgotten Battle that Saved the Pacific 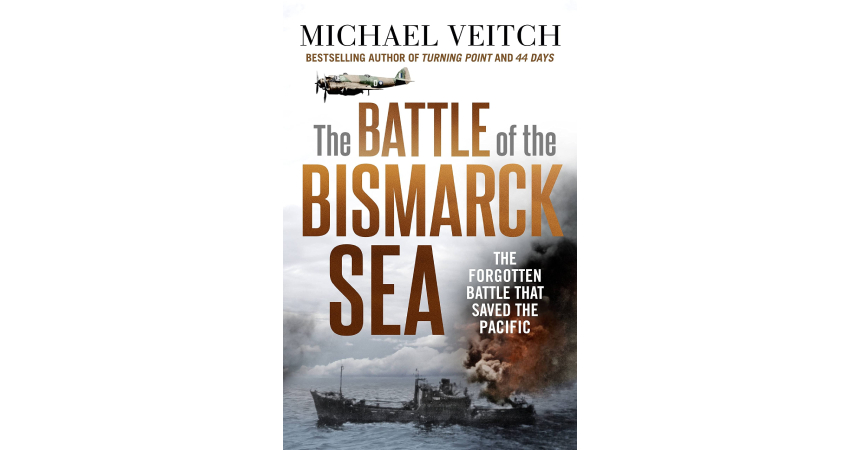 The very important “breakthrough” Battle of the Bismarck Sea has been largely forgotten and barely commemorated. This seems to have been largely at the behest of General Douglas MacArthur, the Supreme Allied Commander of the South-West Pacific theatre, for his own peculiar egotistical reasons.

Perhaps that was because it was almost entirely a battle between Allied, American and Australian, air forces and the Imperial Japanese Navy and Army Air Force with Allied warships, particularly submarines and patrol boats, playing minor supporting roles. MacArthur’s United States Army barely featured at all.

Anyway, although generally uncelebrated, the battle marked one of the major turning points of World War II in the Pacific. Along with the battles of the Coral Sea, Midway, Milne Bay, Kokoda and Guadalcanal, it saw another major reversal for the previously invincible Japanese. It was a battle with no mercy given or received.

Basically, it involved the despatch of a major re-supply attempt by Japanese forces in Rabaul, New Britain, in an attempt to relieve their beleaguered, sick and cut-off forces on the north coast of New Guinea. A convoy of eight Japanese merchant ships, escorted by eight IJN destroyers, was despatched to Lae carrying thousands of troops, food, medicines, weapons, vehicles, ammunition and fuel in March 1943. The ships were tracked by Allied intelligence as they sailed down the north-west coast of New Britain en route to Lae.

Once the convoy turned south from the Bismarck Sea into Vitiaz Strait, almost within sight of their destination, they were hit by the “furies”. Never has a fleet been so viciously mauled. The USAAF had finally learnt that high-level bombing from heavy, four-engined bombers was largely ineffective against ships. A comparatively elderly reservist pilot of vast experience and improvisational and innovation skills, Major “Pappy” Gunn, had worked out how to very effectively destroy enemy ships using very low-level attacks by heavily gunned, twin-engined light bombers dropping “skip” bombs. They commenced their attacks by raking the ships’ superstructures and decks with heavy machine gun fire. That effectively eliminated their bridge, deck and gun crews and enabled the bombers to place their bombs accurately and with less opposition.

American B-25 Mitchells, re-designed by “Pappy” Gunn, along with squadrons of Australian Beaufighters and Beauforts, all equipped with unusually large outfits of forward firing machine guns, proved devastating.

The entire convoy of Japanese merchant ship troop carriers was destroyed as were several of their accompanying destroyers. Losses of troops and materiel were staggering and the Japanese in New Guinea were effectively cut off until the end of the war, if they survived that long. Their only subsequent re-supply option was by inefficient and infrequent submarine visits.

The author has taken a particularly vivid approach. His story of the battle is exciting, as it should be and was. One of your reviewer’s schoolteachers was a navigator/gunner in an RAAF Beaufighter that participated. His tales are borne out very accurately by the author.

A valuable and very lively history.