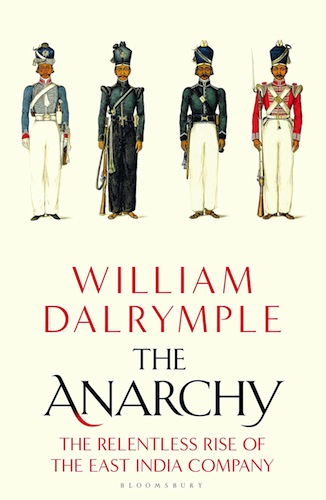 In his introduction, the author thanks his Cambridge University lecturer for inspiring his interest in the history of the Indian sub-continent. That lecturer should well be thanked for he has undoubtedly contributed to some of the best writing of that important history.

This book is a gem despite its relative absence of maritime content. It is, all in one volume, a brilliant politico, economic, commercial, social and corporate record of three centuries of Indian and British history. Elegantly written, it draws the reader magnetically into every page.

The East India Company was one of the world’s most fascinating corporate creations. It acquired enormous power and wealth thanks to the intensely focused, driven and amazingly perceptive leadership of two men, Robert Clive and Warren Hastings. They formed and, very effectively led, the Company’s own army and navy. They facilitated its commercial control over not only the sub-continent but most of the Indian Ocean and south and east Asia. Its trading tentacles extended as far as North America.

Of course, as is fairly well known, the EIC, as well as its army and navy, controlled what was at the time the world’s largest shipping line. It, among other massive maritime developments, constructed and operated London’s famed East India Docks.

As with all such corporate creations, the EIC eventually outgrew its financial and political supply lines and the leadership competence of its managers. It disintegrated in 1857 following the Indian Mutiny.

This is history at its best.