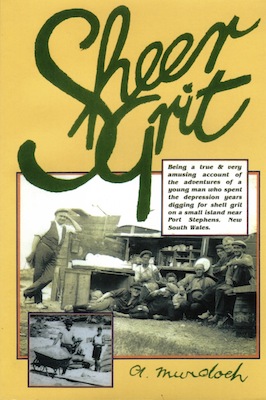 A delightful record of a pioneering seabed mining and small scale shipping activity conducted very largely by one man in Depression-era Australia.

Early in the 1930s Great Depression, the author had a “brainwave”. He believed a business could be created quarrying shell grit for sale to chicken farmers from a small island off Port Stephens on the New South Wales central coast.

While the business could hardly be described as having prospered, the author made a living from it for a decade during which many of his compatriots nearly starved. He also learnt an enormous amount about boats, ships, the sea and seamen.

He also learnt about business, crooks and con-men and how to deal with governments. His book describes them all, vividly making it a very valuable maritime, business and psychological history.