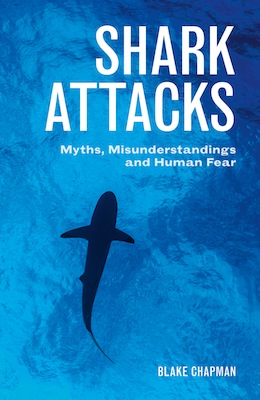 The general media, in western developed countries at least, love a crocodile, snake or shark attack story. Possibly because such events occur so infrequently, they make for excellent and exciting copy. They also make the average citizen irrationally frightened of such beasts.

Really, the chances of death in the jaws or fangs of such beasts are very remote. They are much more of an urban myth than the reality of dying in a car or work accident. Considering the numbers of people who swim, surf or scuba dive around the world, it is amazing that more of them are not attacked by sharks.

While the chances of a shark attacking any of us are extremely slim, the fact is that every year a number of people are attacked by sharks and some of them die as a result. The author has tried to put that into proportion and to tone down the sensationalism of much of the general media.

She explains that with sensible behaviour, the chance of a human dying as the result of shark attack is practically nil. She discusses the unreal fears that abound and advises how to lessen the risks of attack. She even gives first aid advice.

There are many more likely ways of dying unpleasantly but the general public has been conditioned to fear shark attack more than the others. As the author explains, that is an illogical approach.