BOOK REVIEW: Roughy on the Rise – The story of New Zealand’s most controversial fishery 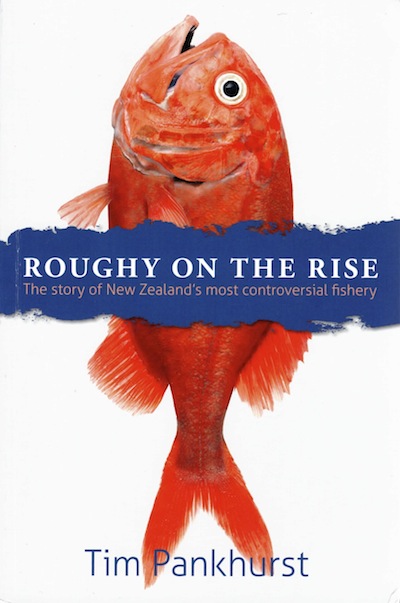 This is a long and turbulent history of a very valuable fishery. New Zealand’s orange roughy boom was akin to a gold rush. It made fortunes for some and bankrupted others. It even killed and maimed a few but somehow, mainly due to unexpected goodwill and co-operation, it resulted ultimately in a valuable and sustainable industry.

This well written and valuable history of the fishery has been written by an author uniquely placed to do so. A widely experienced journalist, Pankhurst also happens to be the boss of the very effective industry association, Seafood New Zealand. He knows this story and its participants well from the inside. He tells it with maximum effect.

Parts of the orange roughy story are well known as they garnered many headlines and fomented numerous political squabbles over the thirty-seven years since orange roughy were first discovered in commercial quantities in 1980. Much, however, is not so well known. This is where Pankhurst, very valuably fills in the gaps.

It is a fascinating and important story that ends on a very positive note. Fishing industry history at its best.