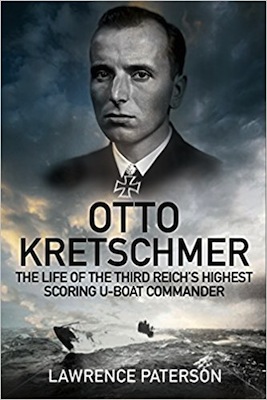 While partially English educated, “Silent” Otto Kretschmer was the quintessential Prussian warrior. Well-read, well-travelled and from an educated family, he was a thinker who very successfully developed and applied effective new tactics in the Battle of the Atlantic.

Although only in combat for 18 months, he nevertheless remains Nazi Germany’s top scoring U-Boat ace of World War II. His was a short but very productive career that resulted in six years in captivity in Britain and Canada. Even those years were put to productive use before he returned to the German Navy for the remainder of his long career.

His life is very well described in this excellent book which is replete with maps, diagrams, photographs and even a very good and helpful glossary. An excellent and important contribution to naval history.