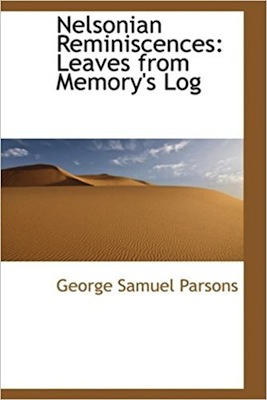 An out-of-copyright facsimile of a book of reminiscences of a British naval officer who served as a midshipman and junior officer under Horatio Nelson, Lord Keith, Alexander Cochrane and numerous other legendary “go at ‘em” captains and admirals of the Napoleonic wars. It was originally published in 1905.

This is real history. The author was there. He took part in and very vividly describes a large number of the naval actions that took place around the turn of the eighteenth and nineteenth centuries. His career took him all over the Atlantic, along the French coast and throughout the Caribbean and Mediterranean seas.

Plenty of blood and plenty of guts and disease but they all led to some notable victories that have been very faithfully described here. The language is wonderful as are the pictures. For anyone interested in the heyday of the British Navy, this book is unmissable.

Available from Scholar’s Choice, USA, in the Public Domain.