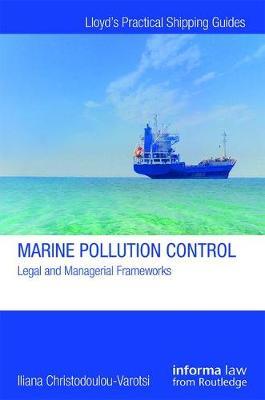 We all know that “we” don’t contribute to or cause marine pollution. Someone must be doing it, though, because the fact is that, globally, marine pollution continues to get worse, much worse.

Whether or not we actually pollute directly ourselves, we are all of us responsible in some ways for the pollution that occurs. We may not be chucking the plastic bottle or bag into the sea but we buy shoes made of leather in a filthy tannery in China or Bangladesh that pours toxic chemicals straight into the local river and thence the sea. Or we sell our old ships for demolition to yards that have no environmental safeguards whatever. Or we smoke cigarettes. Or we buy fast food, thus supporting companies whose customers generally have such foul habits. Or we own cruise ships spewing heavy oil fumes into the atmosphere and garbage and sewage into the sea.

One way or another we are all guilty of some kind of pollution of our seas no matter how much we may try consciously to avoid doing so. Fortunately, much of the developed world, even including the Chinese, is awakening to the problem of marine pollution. Laws have been made to try to prevent it and more are almost constantly being implemented to do so practically everywhere.

Fortunately, we now have this excellent and very clear new book to guide us through the global maze of laws, rules and regulations that are aimed at curbing marine pollution. It required a globally thinking and experienced maritime lawyer to produce it. That is exactly what the very talented and accomplished Dr Christodoulou-Varotsi is. With a law doctorate from the Sorbonne, at least four languages and many years experience practicing, teaching and writing about maritime law, she knows of which she writes.

Marine pollution controls affect us all. Anyone owning, operating, designing, building, investing in and regulating ships and boats and having anything responsible to do with ports, rivers, coasts and, even, drains and sewers will eventually be affected by those controls. We all need to know how they work and how they affect each of us and our businesses.

This book is far more than a dreary old legal textbook. While it does perform that function, very well, it does much more. That makes it of considerable value to anyone likely to be involved with the maze of laws, regulations and conventions pertaining to marine pollution whether or not they are lawyers. It guides us through that maze. It also happens to be an interesting and generally very informative read.