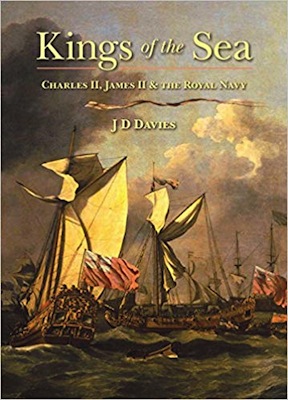 Many British monarchs have been accused of laziness, not least of them the Stuart brothers, James II and Charles II. However, as this excellent book very clearly demonstrates, such a description was most unfair, particularly as it applied to Charles II.

Indeed, Charles has been shown to have been an enthusiastic, diligent and, most important, competent, driver of Britain’s developing nautical and naval supremacy in the second half of the seventeenth century.

If anything, the combined efforts of James and Charles were as fundamental to Britain’s development as were those of the much lauded Prince Henry “The Navigator” to Portugal more than two centuries earlier. Charles was, among his many other attributes, a very dedicated yachtsman and, arguably, the founder of the sport that has intrigued and consumed the fortunes of so many subsequent Britons.

Much of the maritime history of the reign of the Stuart brothers was recorded by the renowned Samuel Pepys and this has perhaps clouded the judgement of later historians to the effect that the brothers contributions have been rather unfairly neglected. The author has intently studied the works of Pepys and, while readily according him his fame, has changed the emphasis somewhat to offer more credit to the vital efforts and influence of the kings who Pepys so ably and eloquently served.

Dr Davies presents the reader with a fairer and undoubtedly more accurate view of this important period of British maritime history.