BOOK REVIEW: In Search of Fish and Fortune Along Australia’s West Coast 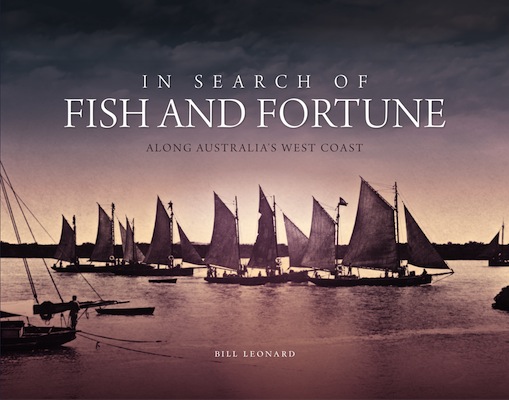 A brilliantly presented and immensely valuable record of the pioneering days of Western Australia’s fishing and pearling industries, the men who conducted them and the boats that served them.

The author is a master shipwright who has an enormous knowledge of and passion for wooden boats and ships. He knows what he is writing about and, rarely and unusually, he also draws those vessels impressively well. In addition to being the leading shipwright on the construction of the HMS Endeavour and Dufken replicas, he has been involved with the Western Australian Museum’s excellent and very valuable collection of former working vessels in Fremantle. He knows many of the vessels described “close up and personally”.

Even when he did not know them personally, the author also knows a lot about the men who sailed and worked the vessels described and about their businesses and the industry sectors in which they operated. He describes them well.

The Western Australian fishing and pearling sectors, while past their heyday, are still important contributors to the Australian economy. So, while this fine book is a magnificent record of a vital part of Australia’s maritime history, it also makes a valuable contribution to the record of the country’s economic history. A true “collector’s item”.