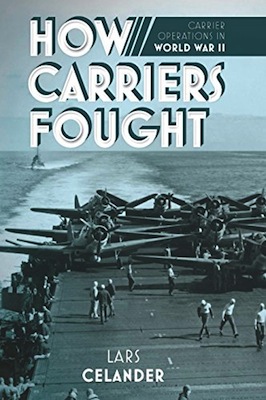 Presenting exactly what its cover describes, this fine book tells the reader how the aircraft carrier concept developed at the end of World War I. It proceeds to describe their rapid development by the British, Americans and Japanese between the wars. That development, of course, was accelerated by the simultaneous and very rapid development of fighter aircraft.

In great detail, the doctrine, operations, manning, victualling, fuelling, economics, defences, equipment, structures, tactics, strategies, command and control of aircraft carriers is described here. The development of the aircraft they carried is also detailed as are their operations, strategies and tactics. All of this is described against the intense operational activity of World War II.

Logically laid out and presented with first rate photographs, drawings and maps, the book provides a very valuable overview of carrier operations up to, through and even after World War II.