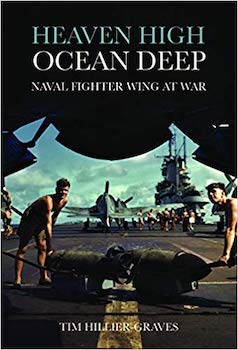 It is an oft forgotten fact that British forces, particularly naval forces, participated in the Pacific part of World War II. This excellent book reminds us of that important reality. While there were submarines, cruisers, destroyers and battleships involved, it focuses on aircraft carriers, particularly HMS Indomitable. That ship fought, as part of the British Pacific Fleet, for 16 months in important battles such as Sumatra, Leyte Gulf and Okinawa.

This story emphasises the role of the fighter pilots based on that ship. They were sourced from several British Commonwealth countries. They fought co-operatively, courageously and well. Many of them were killed and others badly wounded. Theirs was an experience of serious attrition. It was also one of brutal torture and murder on the part of the Japanese who treated pilot prisoners abysmally. That disgraceful behaviour included the murder of nine pilots days after the war ended.

This badly neglected story needed to be told. The author and his publisher have done a first rate job.