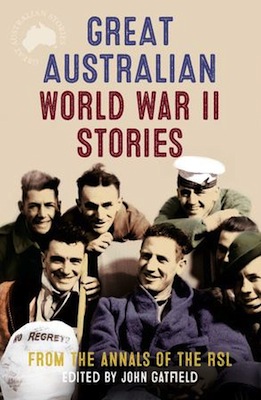 For non-Australians, the RSL is the national association of returned soldiers, sailors and airmen. In other words, surviving former warriors.

Unfortunately, given that it is 72 years since Australia’s last major war ended, the number of actual warriors still involved with the RSL is rapidly declining. So, it is fortunate indeed that more than seventy short stories describing their experiences have been collected in this one excellent volume.

The authors are both male and female and they fought in Europe, the Atlantic, the Pacific and the Indian oceans as well as in Asia, the Middle East and the Pacific islands. Their experiences were good and bad, some humorous and some grim. All, though, are interesting.

The RSL and the editor are to be congratulated on recording this history before it fades away.