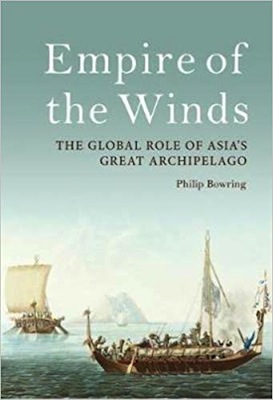 This is a very important book by one of Asia’s foremost and bravest journalists. The author is descended from one of Britain’s most famous shipping families. He read history at Cambridge and has since spent most of his career in South-East Asia where he has been very thoroughly immersed in the region’s history and present. He is a long-time student of the history and economy of maritime Asia.

It is quite obvious that this book is the result of many years of research and interest. Like many histories, it is truly a labour of love, obsession and fascination. That is what makes it so interesting, valuable and enlightening.

His subject may, to European and American readers, be obscure but it is of vital importance to anyone who is seriously interested in the commerce and culture of South-East Asia and the wider Indo/Pacific region from Madagascar to Taiwan. Your reviewer has travelled widely and spent considerable time in that region and has haunted its bookshops and libraries. He has found nothing yet, in English at least, to compare with this work in revealing its history. Most locals seem uninterested and visitors even less so. That is a significant and sad deficiency that has been very well rectified here.

His core subject, Nusantaria, modern day Indonesia, the Philippines, Malaysia and Vietnam/Cambodia, comprises the world’s largest archipelago and currently one of its most important maritime trading hubs. Bowring shows clearly that it has almost always been so.

The work commences in pre-history and proceeds through the centuries of religious and commercial colonialism to war and, finally, to the fast developing economies of modernity. Beautifully presented with numerous informative maps, excellent illustrations and a very useful glossary, it is both a fascinating read and a very valuable history of one of the world’s most important regions.