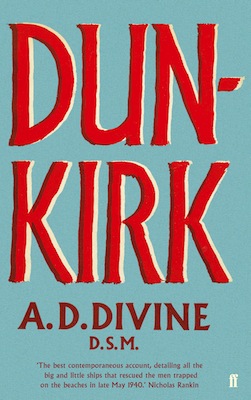 This is a 2018 facsimile edition of the original published by the same publisher in 1945. Given the distortions contained in the widely but perhaps irrationally proclaimed 2017 movie of the same title, a few facts are both welcome and timely.

The author was a successful journalist, war correspondent and author who also happened to be an enthusiastic yachtsman. He happened to be in the right place at the right time and, with a temporary commission in the Royal Navy, took part in the evacuation of Dunkirk. In fact, he was quite badly wounded for his pains.

His book arose from a feeling that the valiant efforts of the hundreds of “Little Ships” and their crews had been inadequately recognised in contemporary histories. He felt that too much credit for the recovery of the 338,000 British, French and other soldiers had been accorded to the Royal Navy. He very effectively set about correcting that impression.

It is a journalist’s history but a very good one. Very personal and action packed. Divine was there and he knew what he wrote about. An excellent antidote to the official histories.