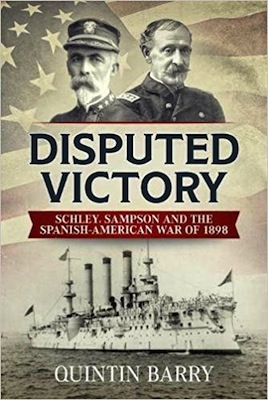 A most interesting and informative history by a retired English judge describing how the United States, almost accidentally, became a colonial power at the end of the nineteenth century.

Wrapped around an “only in America” court case that arose from America’s victory over the Spanish in the Caribbean in 1898, this is also a detailed history of the naval part of that far from glorious war.

The “easy” naval victories over a very weak opponent in the Philippines, Cuba and Puerto Rico were led by three quite competent commodore/admirals Dewey, Sampson and Schley. Unfortunately, two of them, Sampson and Schley, subsequently fell out over who should be credited with the victory in Cuba.

The ensuing inquiry was something of a legal circus that showed American justice at its worst. Even the “sainted” Alfred Thayer Mahan came out of the dispute looking rather silly. However, it provided the author with a very solid foundation on which to build his excellent and fascinating history.