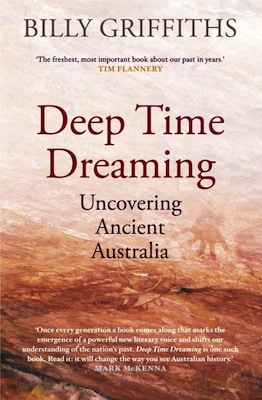 A fascinating and impressively objective record of the development of archaeology in Australia since its effective birth in the late 1950s. It shows how far the subject has come from when the question used to be asked: “Is there anything really old that is worth looking for?” – to the discovery of human existence in the country since as much as 65,000 years ago.

It has thrown open the whole history of the nation continent and encouraged a much greater appreciation of Australia’s original aboriginal inhabitants. They now have a history and a remarkably impressive one it is.

The author shows how a tiny group of, mostly Cambridge educated, archaeologists, aided by modern scientific dating techniques, established the profession in Australia. They changed the way Australian’s look at their country and its original inhabitants.

He records and presents the drama of discovery and the intense competition that arose between various groups of archaeologists in a very exciting and readable way.