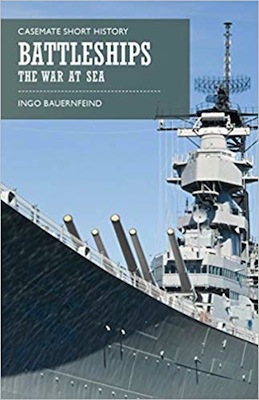 The battleship era was quite short. It commenced in 1906 when the Royal Navy launched its first “Dreadnought” and was effectively over by the end of the Vietnam War in 1975. It was, though, a glorious era when national power and influence was measured by a nation’s battleship fleet.

Aircraft, both land and carrier based, and submarines made battleships practically obsolete by the end of World War II. However, for the most glorious four decades of their era, they were magnificent examples of power, technology and prestige.

This thoroughly researched and tightly written little book does them justice. It well describes the ships, their crews and the battles they fought in. The photographs, too, are excellent.